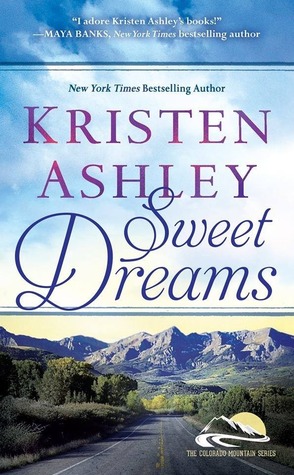 Summary: She's ready for the ride of her life . . .
Lauren Grahame is looking to reinvent herself. After leaving her cheating husband, Lauren moves to Carnal, Colorado, and gets a job as a waitress in a biker bar called Bubba's. It's a nothing job in a nowhere joint . . . until Tatum Jackson walks in. Lauren has never seen a man with such good looks, muscles, and attitude. But when he insults her, Lauren doesn't want anything to do with him. Too bad for Lauren he's also the bar's part owner and bartender.When the rough-around-the-edges Tate meets the high-class Lauren, he thinks she won't fit in at Bubba's. Yet there's more to Lauren than meets the eye, and Tate soon sets his mind on claiming her as his own. Before long, the desire burning between them is heating up the cold mountain air. But when violence strikes the town, Tate must reveal a dark secret to Lauren-one that may put an end to their sweet dreams.


Review: My first thought when I saw this book was, holy cow, what a long book. With 638 pages ahead of me, I was hoping Sweet Dreams would live up to it's 4.46 star rating on Goodreads. Thankfully, Kristen Ashley's story captured my attention for every single page.
All her life, Lauren Grahame has been looking for that something special. So when she discovers that her husband has been cheating on her with her supposed best friend for the past five years, she hops in her car and drives. When she stumbles into Bubba's, a nowhere bar in the nowhere town of Carnal, Colorado, Lauren decides to stay and start her nowhere life. What she doesn't expect, though, is for Tatum Jackson to walk into the bar and turn her life upside down. When Tate first meets Lauren, he sees a high-class woman who has no place in a biker bar. Despite their rocky start, Tate and Lauren have a fierce attraction and can't seem to stay away from each other. When danger strikes Carnal, Tate will do everything in his power to keep Lauren safe and a permanent part of his once tattered life. In the beginning, I thought there was no way this book could go on for 638 pages without becoming boring and drawn out. Boy, was I wrong! So much happened in this book and I was furiously flipping through every page until the very end. Lauren was a major factor in why I loved this book because she was so relatable. In the beginning, Lauren is completely lost after her life turned upside down and Tate is not so nice to her when they first meet. Slowly, though, she starts to make friends, gain confidence and courage, and really settle down into her life in Carnal. Lauren is honestly a kind person and I immediately loved following her story. There wasn't a moment where I wasn't rooting for her to finally find her something, or in this case someone, special. Oh, and that something special of this book? Definitely Tate! Wow, what a man. I loved how Tate and Lauren were constantly bickering, but once they talked things through, they realized they really shouldn't be fighting about whatever it is they were fighting about. And while there was a possibility that Tate could have been an overbearing, over controlling jerk that walked all over his girl, Lauren definitely did not let that happen. She called Tate out when he was being a jerk and never let him order her around without a fight. So while we got the headstrong man, we also got the headstrong woman who challenged her man and really made an impact on his life, as well as all of the lives around them. Not only were the characters great, but so was the story. There was so much drama and more kept coming all throughout the novel. When Lauren and Tate would finally get over one drama, another one would pop up, which means that the reader was constantly kept on their toes. What was going to happen next? How would Lauren and Tate deal with yet another huge secret coming out? Tate and Lauren's relationship was fast and furious, but also genuine and sweet. Oh, and let's not forget all of this other characters in this novel were just as lovable. Tate's cat Buster was probably my favorite character. What a cutie! Everyone should definitely check out Kristen Ashley's Colorado Mountain series right now! I can't wait to pick up the other books in her series for some more quirky characters, a passionate romance, and a journey you'll never forget.

Giveaway
One lucky reader will win a copy of Sweet Dreams by Kristen Ashley! Just fill out the rafflecopter below! ***US Only*** Ends 7/2