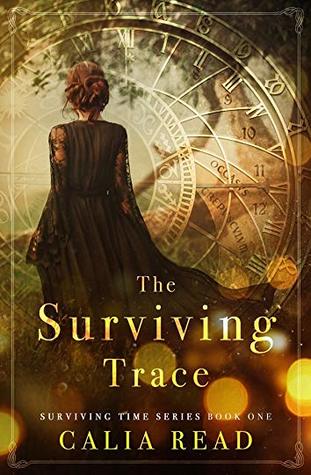 Will is my fiancé. The shy man I met years ago in college. The person I’m supposed to spend the rest of my life with.

Etienne says he’s my husband and the year is 1912. He can’t stand the sight of me, but I don’t know why.

Oh, and he’s one of the men from the picture.

I’ve done the impossible and have become trapped in time and I know Etienne is my key to going home.

The more time I spend with Etienne, the further I fall for him, until I’m questioning which time I belong in and if the life I left behind is the one I truly desire.

All I know for certain is I need to survive time.

I need to survive love.

And I need to make it out on the other side alive.

As a huge Outlander fan, whenever I hear a romance has time traveling in it, I immediately want to read it. My BFF Sarah told me about this book and told me I would love it, so I decided to finally pick it up! Serene is content with her life. Working at an antique shop she opened with her best friend and living with her fiancé, Will, Serene thought her life was fine. Until she unearths a photo of a group of men, including a man she had dreamed of the night before. BEFORE seeing his picture. Then, everything changes. Serene finds herself in the year 1912 married to the infuriating Etienne. The man in the picture. Can Serene get back to her time? Or is she falling for the brooding man she's married to? OMG THE ANGST. Not only do I love time travel, but I looooove a good angsty novel and this was SO ANGSTY. Since this is a hate to love romance between Etienne and Serene, those two try so hard to ignore their chemistry because they infuriate each other so much. I also loved the angst over the fact that Serene was in the wrong time and trying to figure everything out without falling for Etienne...While the romance was awesome, what made this book so much more lovable to me were the side characters. I loved everyone in Etienne's world that welcomes Serene with open arms. Serene becomes close with his family and I wanted those characters to have their happy endings as well. Their bright personalities balanced out Etienne's brooding one and I loved it. While this book is a romance, there is a lot of mystery and suspense thrown in that kept me on the edge of my seat. I was so obsessed with this romance and was freaking out about that ending! If you want a romance that seems impossible but you won't be able to put down, you have to pick up The Surviving Trace!