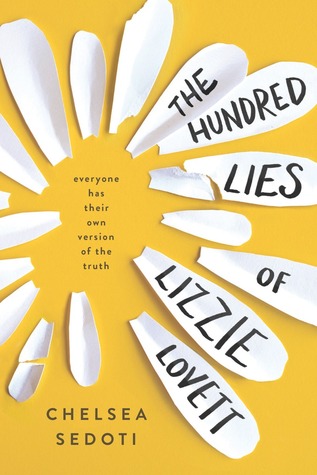 A teenage misfit named Hawthorn Creely inserts herself in the investigation of missing person Lizzie Lovett, who disappeared mysteriously while camping with her boyfriend. Hawthorn doesn't mean to interfere, but she has a pretty crazy theory about what happened to Lizzie. In order to prove it, she decides to immerse herself in Lizzie's life. That includes taking her job... and her boyfriend. It's a huge risk — but it's just what Hawthorn needs to find her own place in the world.

I had no idea this one doesn't come out until 2017! I got an ARC of this at ALA because when I saw the summary, I knew it was a book I had to read. Obviously people in her new life are going to realize that Hawthorne is actually just trying to figure out what happened to Lizzie and drama is definitely going to go down. I can't wait to see if it turns out as good as it sounds!
Posted by Jessica (Peace Love Books) at 5:30 AM