As you all probably know, I've been obsessed with historical romances recently, so I am thrilled to have Peace Love Books be one stop for the Historical Romance Blog Tour! Here are all of the amazing books and a giveaway for all of my awesome followers at the end!
Tamed by a Highlander by Paula Quinn 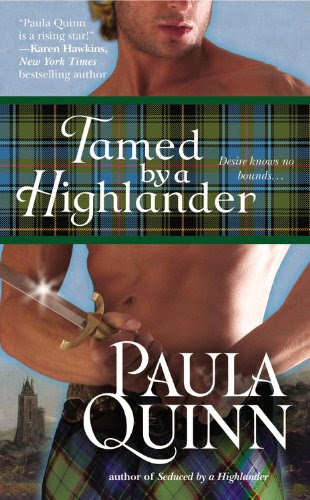 A LOVER'S PROMISE
Connor Grant left his first love in the Highlands, vowing to return after serving in the king's army. Seven years later, he is still fighting for the crown, and his victories are legendary-both in the battlefield and in the bedroom. Yet he's never forgotten his bonnie lass. And he certainly never expected to see her amidst the splendor of the British royal court: beautiful, breathtaking, and tempting him past the point of no return.
A LADY'S DESTINY
The night he left, Mairi MacGregor banished Connor from her life forever. Now her heart belongs only to Scotland. As part of a secret alliance, she journeys to London in search of information . . . only to find herself face to face with the one man she swore she'd never trust again. Though Mairi's body still craves Connor's touch, she can't forgive his betrayal. But a traitor lurks in their midst and to protect her beloved Highlands, Mairi must make a leap of faith and join forces with Connor-even if it means losing her heart to him again. Check out my review here!
Lady Of Seduction 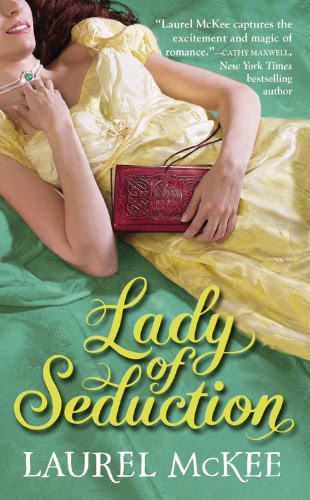 It's a mad, ill-advised journey that leads the usually sensible Lady Caroline Blacknall to the legendary isle of Muirin Inish, off the windswept coast of Ireland. Even so, she doesn't expect to find herself shipwrecked and then rescued by a man she believed she would never see again. A man who, long ago, held her life in his hands . . . and with it, her heart.
Reformed rake Sir Grant Dunmore knew he could never forget the beautiful woman he once endangered nor will he ever forgive himself. But history seems doomed to repeat itself, for as long as Caroline stays on the island, she is trapped in a secret plot that could forever free Ireland-or turn deadly for all. And yet, now that she is in his arms again, how can he dream of ever letting her go? **Review to come**
Temptation of a Highland Scoundrel 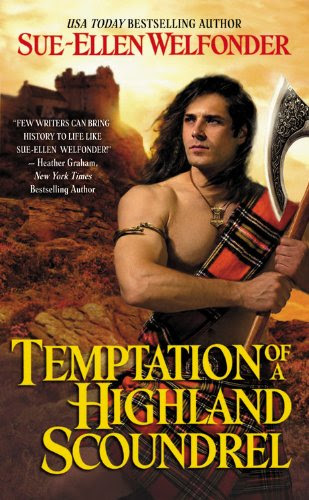 The second book in the Highland Warriors trilogy, in which three heroes make a pact to insure that a rival clan doesn't take over their glen and cause destruction. At the same time, three women will plot to marry these heroes to help insure peace.
In TEMPTATION OF A HIGHLAND SCOUNDREL, Kendrew Macintosh's reputation precedes him: he wields an ax with deathly precision, strikes fear into his enemies, and lusts after beautiful women. But Kendrew has never met someone whose passion rivals his own-until an unexpected encounter with a mysterious woman. Unfortunately, he soon discovers that the vixen is Isobel Cameron, daughter of an enemy clansman. Their relationship is forbidden and Kendrew breaks away immediately. Isobel has her own scheme. She has lusted after Kendrew for some time and plans to draw the fierce warrior back into her arms. But in the darkness, villainous forces are at play—an enemy is determined to keep the two lovers apart, even if it means death. **Review to come**
***Giveaway***
For being a part of Forever's Historical Romance Blog Tour, I have two sets of these three books to give away! That's right! Two winners will receive a package of all three books, so enter now!!!
To enter:
-Post a comment here with your email
-You do not need to be a follower, but it would be greatly
appreciated if you were!
-2 winners will be randomly chosen and announced on July 28th
-Winners have 48 hours to reply before a new winner is chosen