Spotlight + Giveaway: Promise Me This by Christina Lee

Promise Me This (Between Breaths #4)
By Christina Lee
Release Date: October 7, 2014 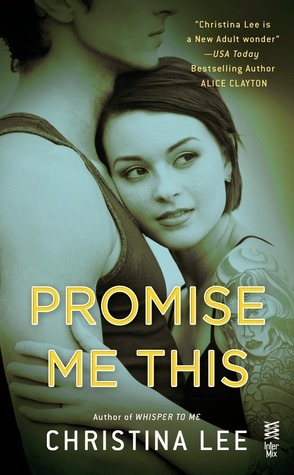 Summary: A new love will test the boundaries of passion between a privileged boy next door and the tattooed, blue-haired girl who helps him embrace his wild side…

Nate has developed quite a playboy reputation around campus. It's not that he doesn't respect or trust women; he doesn't trust himself. The men in Nate’s family are prone to abusive behavior—a dirty secret that Nate’s been running from his entire life—so Nate doesn't do relationships. But he can’t help himself around one girl…


Jessie is strong, independent, and works at a tattoo parlor. Nate can’t resist getting close to her, even if it’s strictly a friendship. But it doesn't take long for Nate to admit that what he wants with Jessie is more than just friendly.

With Jessie, he can be himself and explore what he’s always felt was a terrifying darkness inside him. Even when Nate begins to crave her in a way that both shocks and horrifies him, Jessie still wants to know every part of him. Testing their boundaries together will take a trust that could render them inseparable… or tear them apart.
Kindle // Nook // Kobo // iBooks 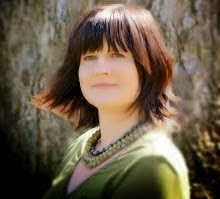 Mother, wife, reader, dreamer. Christina lives in the Midwest with her husband and son--her two favorite guys. She's addicted to lip gloss, salted caramel everything, and believes in true love and kissing, so writing romance novels has become a dream job.

Tour Giveaway
a Rafflecopter giveaway
Posted by Jessica (Peace Love Books) at 8:23 AM