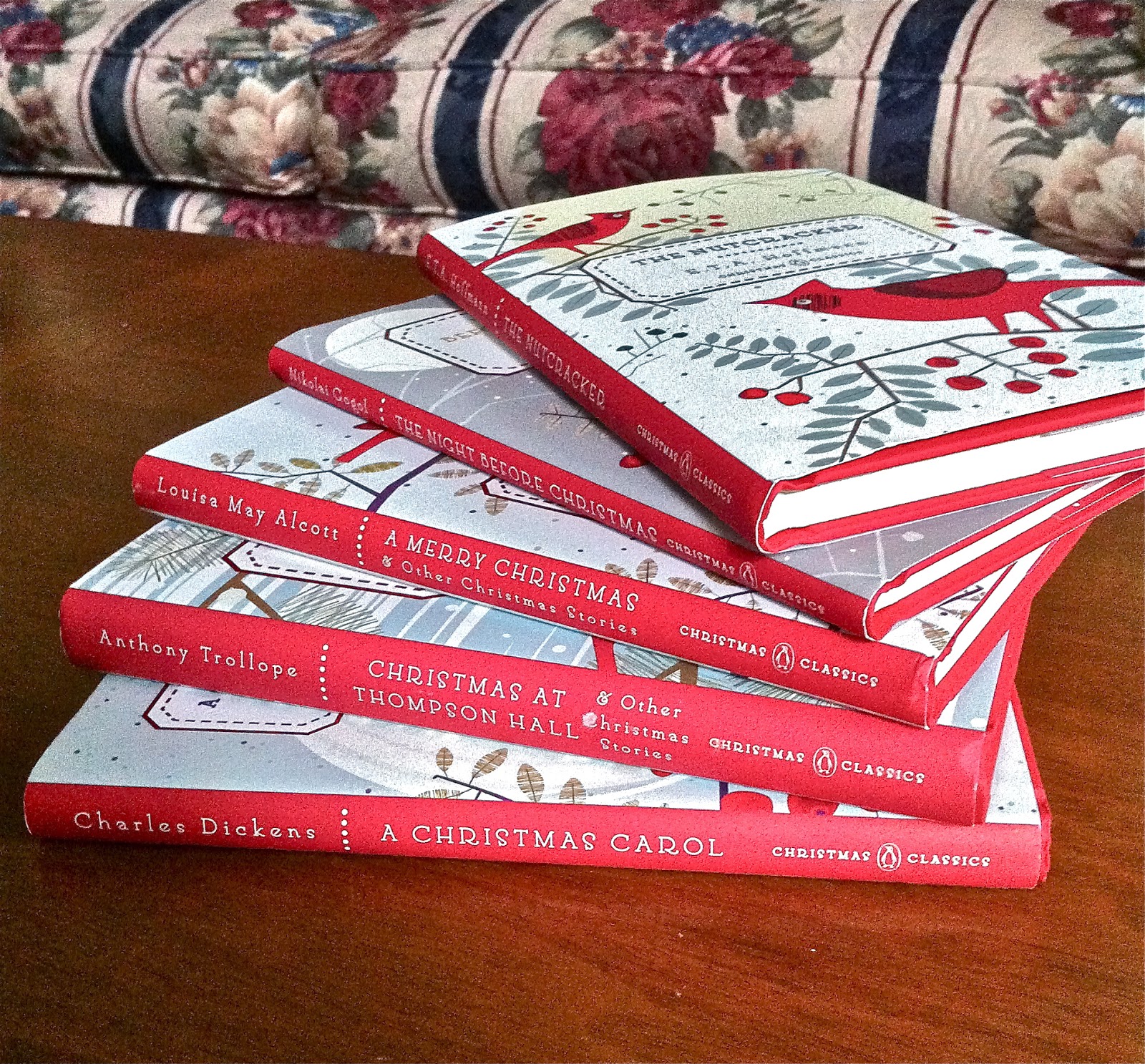 Penguin recently sent me a set of their gorgeous Christmas Classics that were released on October 7th. These books are absolutely adorable and I love the festive covers Penguin has come up with. I know that it's only October, but these would be the perfect Christmas gift for any book lover. Here is a bit more about the collection…

Penguin Christmas Classics honor the power of literature to keep on giving through the ages. The five volumes in the series are not only our most beloved Christmas tales; they also have given us much of what we love about the holiday itself. A CHRISTMAS CAROL revived in Victorian England such Christmas hallmarks as the Christmas tree, holiday cards, and caroling. The Yuletide yarns of Anthony Trollope popularized throughout the British Empire and around the world the trappings of Christmas in London. The holiday tales of Louisa May Alcott shaped the ideal of an American Christmas. THE NIGHT BEFORE CHRISTMAS brought forth some of our earliest Christmas traditions as passed down through folk tales. And THE NUTCRACKER inspired the most famous ballet in history, one seen by millions in the twilight of every year.

Beautifully designed—with foil-stamped jackets, decorative endpapers, and nameplates for personalization—and printed in a small trim size that makes them perfect stocking stuffers, Penguin Christmas Classics embody the spirit of giving that is at the heart of our most time-honored stories about the holiday.
For additional information, visit: http://us.penguingroup.com 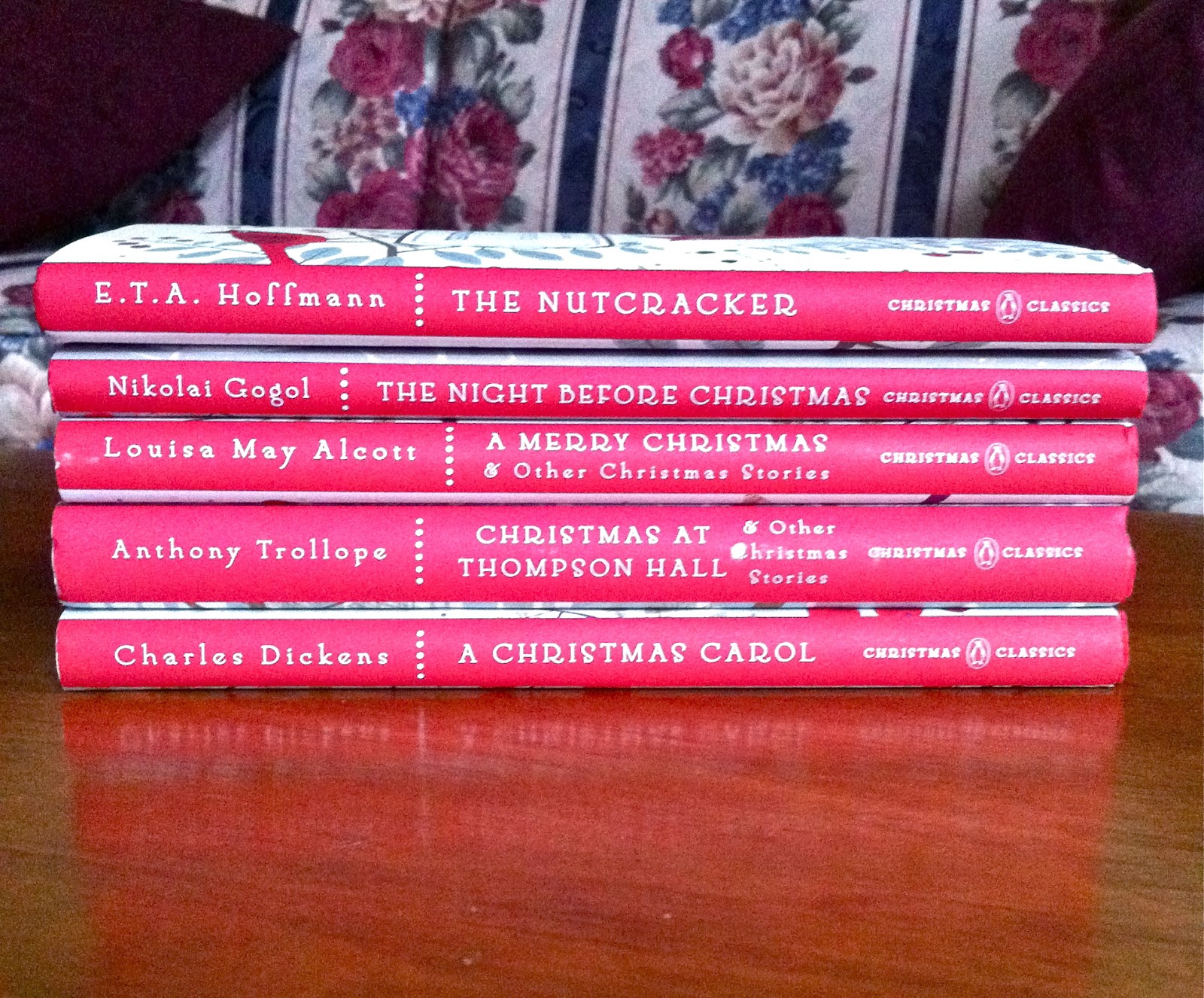 A CHRISTMAS CAROL
by Charles Dickens
First published on December 19, 1843, A Christmas Carol was an instant classic: Londoners thronged to hear Dickens read it in person and bought out the first printing in days. Its reception was so ecstatic that it is credited with helping to revive interest among the Victorians in Christmas traditions, including caroling and holiday cards, as well as inciting an unexpected wave of charitable giving from Britain’s Industrial Age robber barons. Originally conceived as a pamphlet against exploitative capitalism before taking its current form, it has inspired dozens of theatrical and movie adaptions, and its characters, from Scrooge to Tiny Tim, are forever inscribed in our hearts and minds.

CHRISTMAS AT THOMPSON HALL: And Other Stories
by Anthony Trollope
Christmas at Thompson Hall brings together the best of the Christmas stories of Anthony Trollope, one of the most successful, prolific, and respected English novelists of the nineteenth century. Characterized by insightful, psychologically rich, and sometimes wryly humorous depictions of the middle class and gentry of Victorian England—and inspired occasionally by missives in the “lost letter” box of the provincial post office that Trollope ran—these tales helped to enshrine the traditions of the decorated Christmas tree, the holiday turkey, and the giving of store-bought gifts. Today, they open a window into a time when carolers filled the streets and each house’s door displayed a wreath of evergreen boughs, a time at once distant and yet startlingly familiar.

A MERRY CHRISTMAS: And Other Christmas Stories
by Louisa May Alcott
A Merry Christmas collects the treasured holiday tales of Louisa May Alcott, from the dearly familiar Yuletide benevolence of Marmee and her “little women” to the timeless “What Love Can Do,” wherein the residents of a boarding house come together to make a lovely Christmas for two poor girls. Wildly popular at the time of their publication—readers deluged Alcott with letters demanding sequels—and drawing on Alcott’s family and experiences in the abolitionist and women’s suffrage movements, these stories have the authentic texture and detail of Christmas in nineteenth-century America, while their emphasis on generosity and charity make them timeless embodiments of the Christmas spirit.

THE NIGHT BEFORE CHRISTMAS
by Nikolai Gogol
Translator: Anna Summers
Written in 1831 by the father of Russian literature, this uproarious tale tells of the blacksmith Vakula’s battle with the devil, who has stolen the moon and hidden it in his pocket, allowing him to wreak havoc on the village of Dikanka. Both the devil and Vakula are in love with Oksana, the most beautiful girl in Dikanka. Vakula is determined to win her over; the devil, equally determined, unleashes a snowstorm to thwart Vakula’s efforts. Zany and mischievous, and drawing inspiration from the folk tales of Gogol’s far-flung village in Ukraine, The Night Before Christmas is the basis for many movie and opera adaptations, and is still read aloud to children on Christmas Eve in Ukraine and Russia.

THE NUTCRACKER
by E. T. A. Hoffmann
Translator: Joachim Neugroschel
Written in 1816 by one of the leaders of German Romanticism for his children, nephews, and nieces, The Nutcracker captures better than any other story a child’s wonder at Christmas. The gift of a handsomely decorated nutcracker from a mysterious uncle sets the stage for a Christmas Eve like no other for the little girl Marie. That night, Marie’s extraordinary present comes to life, defends her from the taunting Mouse King, and whisks her off to the Kingdom of Dolls. The inspiration for the classic ballet, E. T. A. Hoffmann’s irresistible tale of magic and childhood adventure continues to captivate readers of all ages. Today, many of the most enchanting symbols of Christmas, from nutcrackers to sugar plums to mistletoe, are still imbued with the power of this story. 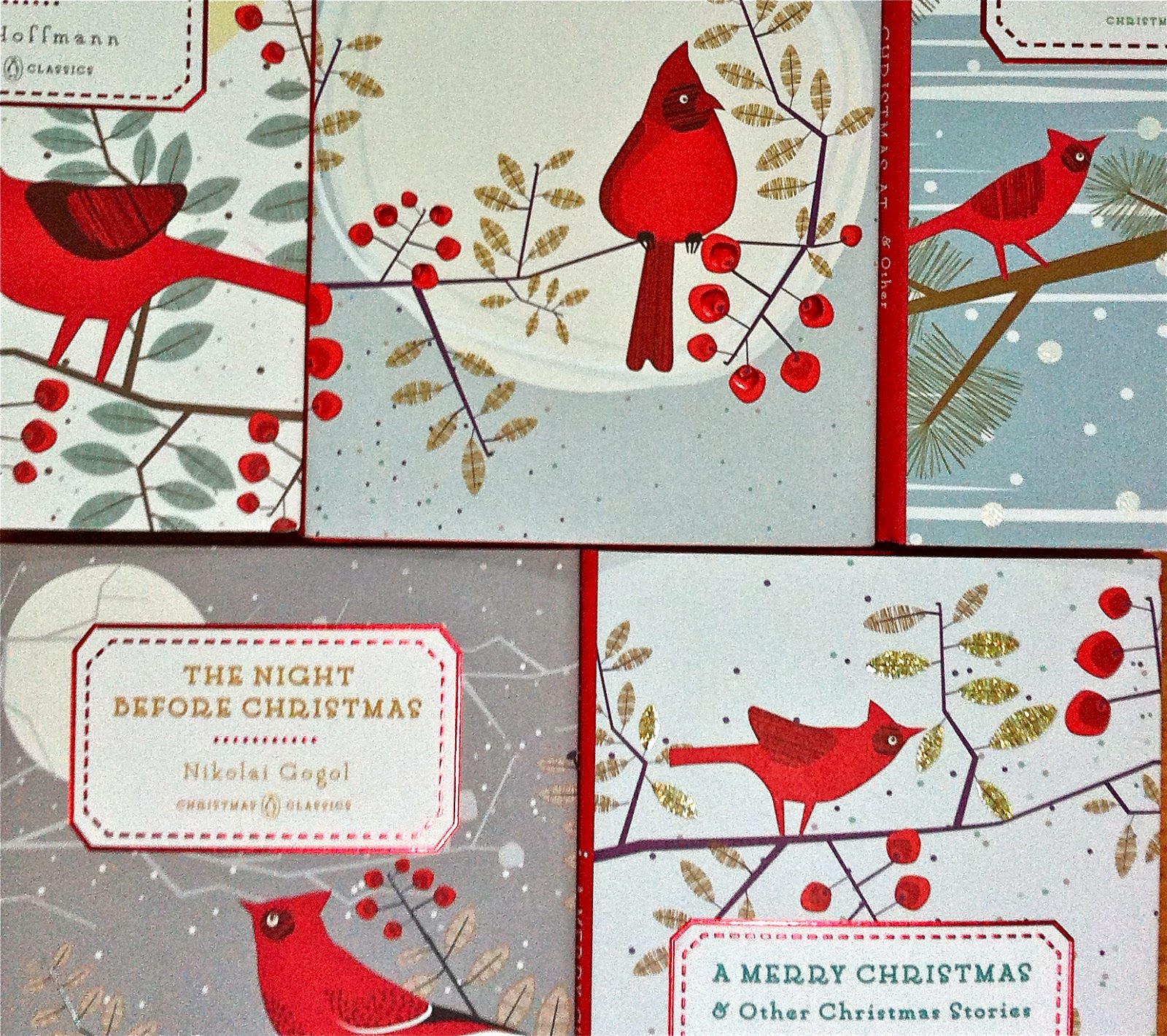