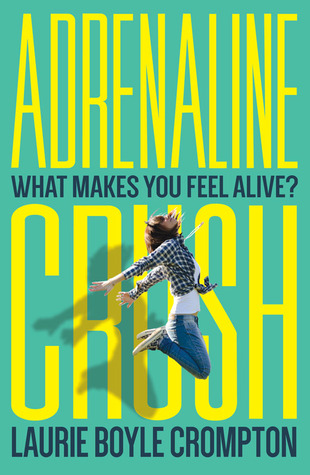 Summary: When a daredevil teen pushes herself too far, she must choose between two boys: the one who wants to keep her safe, and the one who dares her to return to her old self.


Seventeen-year-old Dyna comes from a family of risk takers and is an avid thrill-seeker herself, until the day she splinters her ankle in a terrible fall. Her whole life goes from mountain biking and rock climbing to sitting at home and attending group sessions at the bizarre alternative healing center that her hippie mother found. The boy who witnessed Dyna’s accident believes her injury is a wakeup call and he encourages her mild new lifestyle, but a young Afghanistan War veteran she meets at the healing center pushes her to start taking chances again. Forced to face the consequences of her daredevil impulses, Dyna finds herself in danger of risking the one thing she’s always treated with caution—her heart.

Laurie Boyle Crompton is the YA author of BLAZE (or Love in the Time of Supervillains) and THE REAL PROM QUEENS OF WESTFIELD HIGH (Sourcebooks, 2013 & 2014) as well as the upcoming ADRENALINE CRUSH from Farrar Straus Giroux. Laurie graduated first in her class from St. John’s University with a major in English and minor in Journalism. She’s written for national magazines like ALLURE as well as numerous trade publications and has appeared on Good Day New York several times as a Toy Expert. Yes, that is an actual thing that people sometimes get to be.

When she’s not writing Laurie enjoys hiking, cycling, reading, cross-country skiing, running, going to the movies and drinking tea by the gallon. She lives near NYC, but loves to escape to the mountains in New Paltz, NY where she and her family can often be found climbing over rocks or tromping through the forest. She is represented by Ammi-Joan Paquette of the Erin Murphy Agency.


***Check out other stops on the nerd blast right here*** 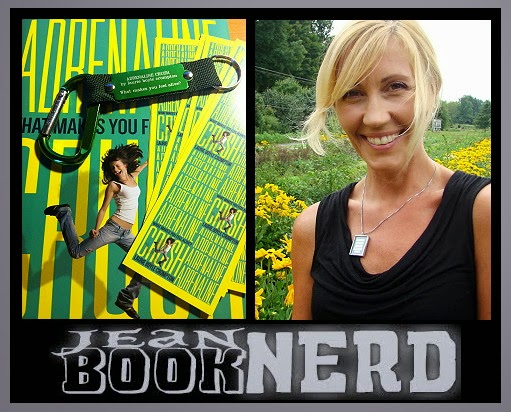 1 Winner will receive a Signed Copy of Adrenaline Crush, Carabiner Key Chains, Bookmarks and Pins by Laurie Boyle Crompton.
a Rafflecopter giveaway
Posted by Jessica (Peace Love Books) at 8:32 AM