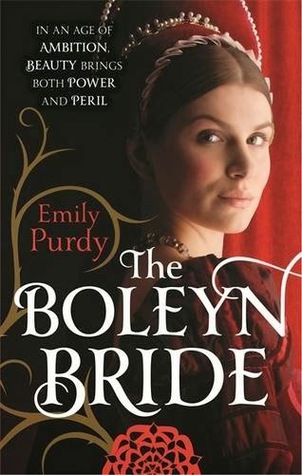 Summary: Sixteen, of noble birth and stunningly beautiful, Elizabeth Howard envisions a glorious life for herself as lady-in-waiting to the future queen, Catherine of Aragon. But when she is forced to marry Thomas Boleyn, a wealthy commoner, Elizabeth is left to stagnate in the countryside while her detested husband pursues his ambitions. There, she raises golden girl Mary, moody George, and ugly duckling Anne - while staving off boredom with a string of admirers. Until Henry VIII takes the throne . . .
When Thomas finally brings his highborn wife to London, Elizabeth indulges in lavish diversions and dalliances - and catches the lusty king's eye. But those who enjoy Henry's fickle favor must also guard against his wrath. For while her husband's machinations bring Elizabeth and her children to the pinnacle of power, the distance to the scaffold is but a short one - and the Boleyn family's fortune may be turning…


Review: I have to start of this review by saying that I am a huge fan of the Tudor era. I watched The Tudors tv show up until the point where Anne Boleyn was beheaded (**sorry for the spoiler, but if you didn't know that already, you've probably been living under a rock***). I was very excited to start this book and read about Anne Boleyn's story from a very unique point of view.
Elizabeth Howard is 16 years old and has a bright, rich future ahead of her. She dreams of having the perfect noble husband to give her beautiful self to, but her father ends up marrying her off to a Thomas Boleyn, a wealthy commoner who she detests. Elizabeth is left to birth their children in the countryside, which include her gorgeous Mary, her brooding George, and her ugly duckling Anne. When her husband finally returns her to London, Elizabeth watches her children enter the court life and entrance the monarchy like no one ever has before. Out of all of the retellings of the story of the Boleyns, I have never heard of one from their mother's point of view. It was so interesting learning about their mother and how she wasn't even that great of a mother and ultimately watched her children succumb to their own fate in the end (though how true these characteristics are is not known since not much of Elizabeth Boleyn is known at all). Elizabeth is definitely an interesting character with her intense vanity and hatred for her husband. When I first started the novel, I was a bit annoyed with how Elizabeth droned on and on for the first 30 pages in her prologue, but once the story actually started, I was extremely interested in the Boleyn story from before any of the infamous children were even born. Since this story is told from the point of view of Elizabeth, she doesn't really do a whole lot except for watch the going-ons of the royal court and have affairs with various people. That being said, I didn't like the story for the invigorating, action-packed plot but rather for the impeccable look at the scandal and infamy of Anne Boleyn and Henry VIII. As a fan of the Tudors, I ate up every detail of how Anne captivated Henry and ultimately lost his interest to Jane Seymour. Also, I loved her close relationship with George, an aspect of her life that I don't really remember from the television show. I loved getting lost in this entrancing world of the Tudors and how lustful and adulterous everyone was. Seriously, was no one loyal to their spouses back then? It seems not! While I normally hate cheating in contemporary books, this historical look at real events was too intriguing to admonish for bad morals. Overall, I think it was an interesting choice to tell this story from the point of view of Elizabeth Boleyn. After all, she is the one who created Mary and Anne Boleyn, two women who will forever be remembered in English history. If you're a fan of Tudor Era England and the scandals that rocked Henry VIII's reign, you will probably enjoy The Boleyn Bride and getting to know the mind of a character that has been lost in history.

Posted by Jessica (Peace Love Books) at 9:06 AM