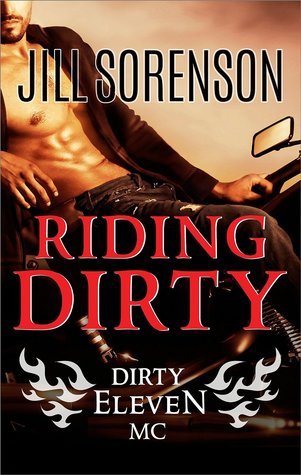 Summary: He's her weapon of choice...
Psychologist Mia Richards wants revenge. Her new client, tattooed Cole "Shank" Shepherd, provides the perfect means. She just has to manipulate the felon-turned-informant into eliminating her husband's killers—members of Cole's rival motorcycle club. The first step, seducing Cole, is simple. As for walking away before she falls hard—it's already too late.…Dirty Eleven practically raised Cole, and he plans to double-cross the cops rather than sell them out. But smart, sexy Mia is an irresistible distraction. While she's evaluating his mind, all he can think about is her body… until he discovers her true intentions. Walking a fine line between desire and betrayal, they'll have to outrun her past, his enemies and the law for a love that's dangerously real.


Review: I was very excited to read this book because, as much romance as I've read, I haven't read any that revolve around motorcycle gangs. I was excited to try out this subgenre and enter the bad world of the motorcycle men.
Ever since her husband was murdered, Mia Richards has been intent on revenge. Her newest psychology client, Cole Richards, seems like the perfect scapegoat to use to find those men and kill them for what they've done to her life. But one look at Cole and Mia feels things she hasn't felt ever since her husband died. Even though Cole has been released from prison, he's still expected to rat on his family in Dirty Eleven in order to have any sense of freedom. Cole would rather double cross the cops than turn in those who've protected him all his life, but his psychologist is making it awful hard for him to be the bad guy. With an intense attraction brewing between them, Mia and Cole find it harder and harder to resist giving into a pleasure that is oh so wrong, yet feels so right. Wow, this one is definitely heavy on the physical relationship between Cole and Mia. In fact, there was so much sex that I was distracted from the story itself and the suspense over the danger Cole and Mia were in from both Cole's gang and his rival gang. I wanted there to be much more character development with Cole and Mia and more growth in their relationship than them literally jumping each other when they finally got the chance. I like a little steamy scene here and there, but I think those scenes overpowered the overall story in this one. While the sex was heavy handed, I did enjoy Mia's determination to find the men who killed her husband and how she had a constant fear over those same men who had almost killed her as well. She wanted to use Cole to help her kill the murderers, but that would mean he would end up back in jail. Once Mia got to know him and felt such an intense attraction for him, she felt guilty and realized that he was an actual human being who wanted a better life for himself. Mia and Cole's story had the potential to be both sexy and intense, but unfortunately the heated moments were a little too much and took away from my enjoyment of the overall plot line of the story. Sure they had insane chemistry, but we didn't need it in extreme detail for what felt like 75% of the novel. As my first motorcycle romance, though, it was enjoyable enough. If you don't mind so much sexy time, then you'd probably enjoy this one more than I did.

Tour Giveaway
Jill is giving away 11 copies of Riding Dirty! Just fill out the rafflecopter below!

a Rafflecopter giveaway
Posted by Jessica (Peace Love Books) at 8:26 AM