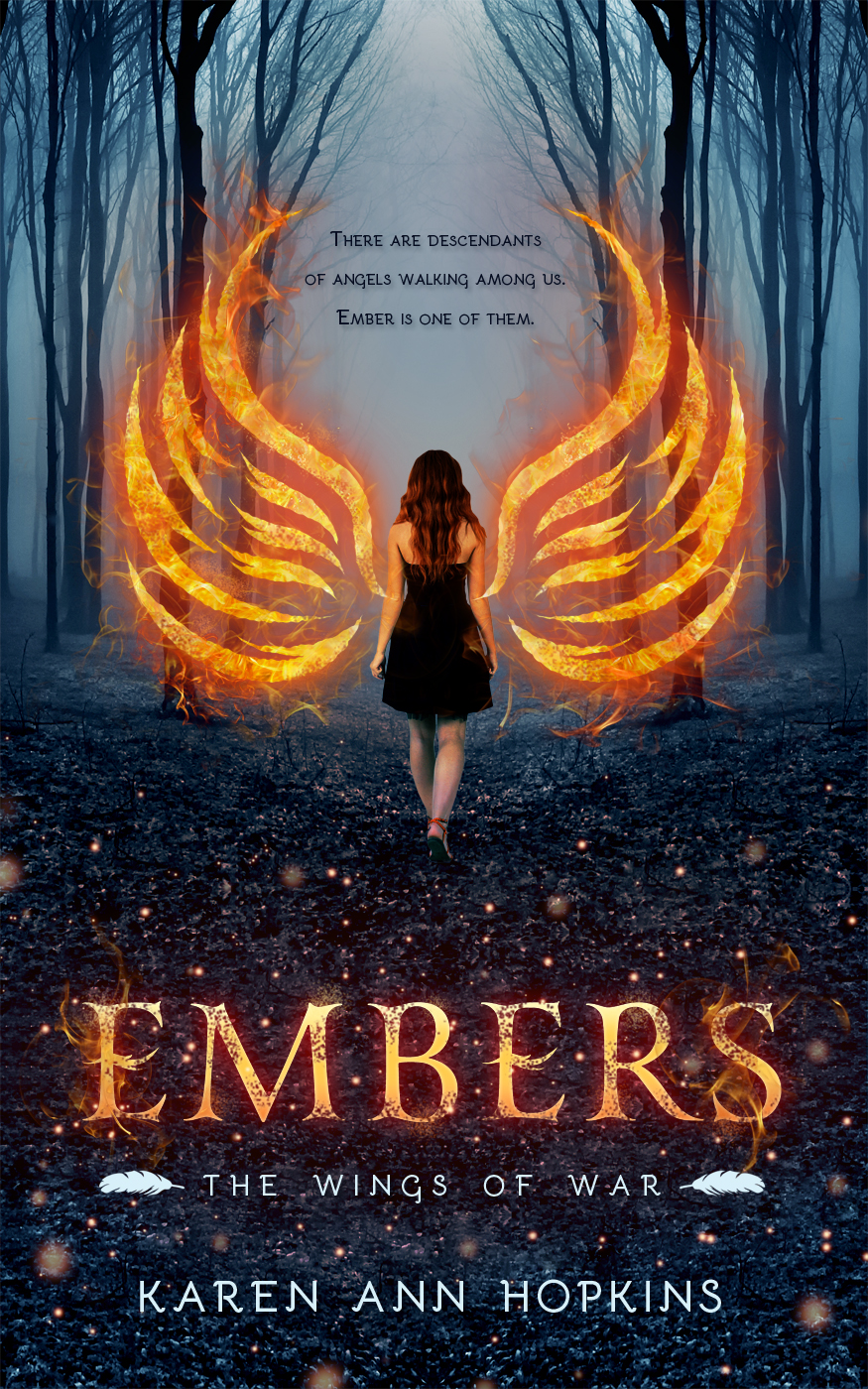 There are descendants of angels walking among us. Ember is one of them. And she may be the only hope mankind has as the rapture approaches and evil rises.
Embers is an epic paranormal adventure about an eighteen year old girl who discovers that she's immune to fire and any other injury when she’s in a horrific car crash that kills her parents. Following a violent episode with her aunt's boyfriend, Ember flees Ohio to live with an old relative in the Smoky Mountains of Tennessee. Ember's exuberance at escaping a bad home life soon turns to trepidation when she finds out that she's a Watcher, a descendant of angels. While Ember learns about her heritage and the powers that go along with it, she strikes up friendships with two young men who live in a frightening walled compound in the forest. Inexplicitly drawn to one of the men in particular, an impossible romance develops. But it is cut short when Ember discovers that her new friends are fighting on the opposite side of a war—one that’s been raging between two factions of Watchers for thousands of years. When the compound’s inhabitants threaten the townspeople, Ember takes action, sealing her fate in the ancient battle of good versus evil—and the grayness in between. Ember is up to the challenge, until she realizes that she isn’t only fighting for the lives of the locals and the souls of her new friends. She also might be one of the few champions who will make a stand for all of mankind as the rapture approaches and the end of days begin.
Embers is a dark and gritty YA novel that’s the first book in the series, The Wings of War.

Ivan spoke with an excited voice. “Do you hear it, Ember?”
I tilted my head and listened.  It was faint, but there was a low rumble in the distance.  As we walked forward the sound grew.
“Yes.  Is that the falls?” I asked.
He nodded his head.  “We’re almost there.”
Soon the noise was a deafening roar, vibrating in my ears.  When we stepped out of the cover of the trees, I was astonished.  Raven Branch Falls was much larger than I expected.  The water dropped from nearly seventy feet into a dark pool.  Giant boulders jutted out below the pool to create smaller falls, which led into a rapidly flowing rocky creek bed.
My gaze was drawn to a tree leaning out from the side of the falls where a large grey owl was partially hidden in the foliage.  There was something familiar about its eyes, and the way it was looking at me gave me the distinct feeling that I knew the bird. Could it be the same owl I saw racing through the air the day of my arrival?
Ivan grasped my arm and tugged me closer to the falls.  He held my arm tightly as we stepped onto the boulders beside the deep water hole.  Spots on the enormous rocks were wet and slippery from the spray of the falls and I was grateful for his help.  He led me out to the farthest point we could go, where a carpet of soft moss blanketed the surface of a particularly large boulder.  Ivan gestured for me to sit, which I did, and then he bounded off, climbing along the boulders until he was a little ways downstream.
I watched him go, thinking what a nice boy—or wolf, he was.
Without looking, I knew Sawyer was behind me.  The movements of my stomach and heart gave him away.   He sat down very close.
“Where did you come from?” he coaxed softly.
For a second I saw the boy from my dream.
The breath caught in my throat.  I gazed at him.
He doesn’t seem evil to me.

A native of New York State, Karen Ann Hopkins now lives with her family on a farm in northern Kentucky, where her neighbors in all directions are members of a strict Amish community. Her unique perspective became the inspiration for the story of star-crossed lovers Rose and Noah. When she’s not homeschooling her kids, giving riding lessons or tending to a menagerie of horses, goats, peacocks, chickens, ducks, rabbits, dogs and cats, she is dreaming up her next romantic novel.

Tour Giveaway
Karen is generously offering up a $25 Amazon gift card to one lucky winner! To enter, please fill out the Rafflecopter form.
a Rafflecopter giveaway
Posted by Jessica (Peace Love Books) at 10:08 AM