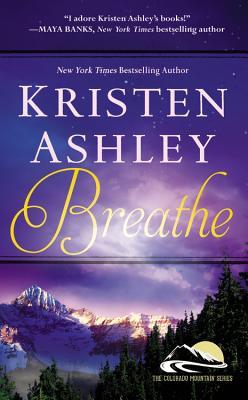 Summary: There's nothing like the first time . . .
In Carnal, Colorado, Faye Goodknight is the town's quiet, shy librarian. She may also be Carnal's last remaining virgin. For years, Faye has had a crush on Chace Keaton, but the gorgeous cop has always been unattainable. She's resigned to live contentedly with only her books for company-until Faye suddenly meets Chace alone in the woods...Chace doesn't think he's the good guy everyone believes him to be. He's made a lot of choices he regrets, including denying his feelings for Faye. Through his choices, he's come to believe the pretty librarian is too good for him, but after their time in the woods, Chace realizes that she may be his last chance for redemption. Soon, their long simmering desires grow to a burning passion. Yet always casting a shadow over their happiness is Chace's dark past…


Review: Seriously, how does Kristen Ashley do it? She creates these super long, complicated stories that involve lies, deceit, mystery, murder, and some hot and heavy romance that is impossible to resist. With two of her novels already under my belt, I couldn't wait to finally crack into Breathe, the fourth book in her Colorado Mountain series.
Faye Goodknight is Carnal's quiet town library, always walking around with her nose in a book. Little does the town know, the innocent library has been harboring a huge crush on Chace Keaton, the town's gorgeous cop who also just so happens to be married. When Chace's wife is murdered, he's determined to uncover who killed her, no matter how much he didn't like her. Chace knows he's not a good guy and that Faye deserves someone much better than him, but after Chace runs into Faye out in the woods in the middle of the night, they can't seem to stay out of each other's lives. Soon, Chace and Faye find it impossible to resist each other, but Chace has some dark secrets he isn't ready to tell Faye, and doesn't know if he ever can. In the words of Faye Goodknight, this book was fraking good. First, let's start with Faye. I love books where the main character is someone who doesn't have it all figured out and never gets the guy right away. That's Faye. She's quiet, loves books, and geeks out over tv shows and movies. Oh, and she's been pining after Chace for eight years. Faye is so relatable and I love how realistic her character is, especially with how her love for books affects everything in her life, from how she decorated her apartment to her ability to relate to kids who also like to read. Regarding her massive crush, who wouldn't fall for someone like Chace? He is so hot, not only on the outside but by how much he cares for Faye and really wants to treat her right. While Faye is supposed to be the naive and inexperienced one in the relationship, she never lets Chace run all over her and is actually an equal in their relationship. I loved how they explored their boundaries with each other and finally gave into the chemistry that had been bubbling for so many years. As always, Kristen Ashley managed to throw in a very enticing, heart pumping storyline to test Faye and Chace's relationship. I loved how Faye made it her duty to look after the little homeless boy who always came by the library. Of course there's mystery behind who he is and where he comes from, so Faye and Chace work together to try and help him. Then, on top of that, Chace is still dealing with the dirty cop scandal that Carnal had been involved in, which had ruined the five years of his life when he was forced to marry his deceased wife. The threat of that scandal isn't going away any time soon and his relationship with Faye puts Faye into a lot of danger. So much more drama and intrigue is thrown into the story with these scandals and danger lurking behind their town. While I was completely wrapped up in the romance between Chace and Faye, I was also given a story that kept me on the edge of my seat. Need I say more? With another glowing review for yet another Kristen Ashley novel, I honestly don't know if she could ever go wrong. How does she manage to write about insanely sexy men falling for lovable and relatable women in a story with enough suspense that make it impossible to stop reading? I don't know, but I'm not complaining. If you haven't checked her out yet, then you have to pick up a book by Kristin Ashley because you're definitely missing out.