Book Review: The Happy Ever After of Rosie Potter (RIP) by Kate Winter

The Happy Ever After of Rosie Potter (RIP)
By Kate Winter
Release Date: May 21, 2015
Source: Publisher 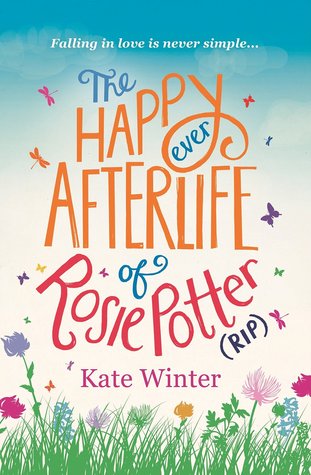 Summary: Falling in love is never simple. Especially when you're dead.
When Rosie Potter wakes up one morning with what she assumes is the world's worst hangover, the last thing she expects is to discover that she's actually dead. With a frustrating case of amnesia, suspicious circumstances surrounding her untimely demise, and stuck wearing her ugliest flannel PJs, Rosie must figure out not only what happened last night, but why on earth she's still here.Slowly the mystery unravels, but there are many other secrets buried in the quiet Irish village of Ballycarragh, and nobody is as innocent as they first appear. Aided by the unlikeliest of allies in her investigation, Rosie discovers that life after death isn't all it's cracked up to be, particularly when you might just be falling in love . . .In this hilarious, life-affirming and romantic journey through Rosie Potter's afterlife, she shares the ghostly tale of how she lived, she died, and she loved (in that order).


Review: I have to admit, the first reason that I decided to read this book was the cover. How could I deny a book with such a colorful, whimsical feel to it? I was excited to see if the story inside was as fun as the outside.
When Rosie Potter wakes up to find herself dead, she's shocked. With no memory of what had happened to her, Rosie is left to wander around and find out exactly how she died and how her family and boyfriend are coping with her death. As the mystery of her death slowly unravels, Rosie discovers things about her so-called perfect boyfriend that make her realize her life before wasn't as great as she had thought. And when an unlikely old friend shows up and just so happens to be able to see her, Rosie discovers even more about herself and her life that she had never known before. From the start, Rosie Potter had a distinct personality that carried this story from beginning to end. Reminding me a bit of a Bridget Jones character, Rosie is definitely not perfect and her attitude is so entertaining. When she woke up dead, she had thought she just had a serious hangover and noticed how she was wearing her ugliest pair of pajamas. Little details like that made Rosie's story funny and definitely kept me reading to see how exactly she did end up dead. Throughout Rosie's determination to figure our how she died, there were little memories interspersed of Rosie's friends and family. We get to see how she met her boyfriend, stories of her brother and his best friend, and stories of her own best friend. I really liked it, though, when it was uncovered that someone in the story could actually see Rosie's ghost and they sort of team up to figure out what had happened to her. The end was definitely not what I was expecting, but it definitely ended in the whimsical, funny attitude that is so Rosie Potter. If you can't tell, this is definitely a fun story with a fun voice coming from our main character, who just so happens to be dead. While not the most complex or intense of books, I loved the light-hearted story that ended up having a dash of romance in the end. If you're looking for a fun, light read for the summer, I'd definitely say you should try out The Happily Ever Afterlife of Rosie Potter. 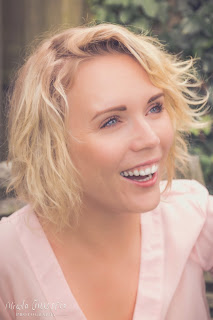 Kate Winter is a journalist, novelist and storyteller from the North West of Ireland who was lucky enough to grow up with no TV (though she didn't consider it a lucky break at the time) and lots of books. After graduating from University of Ulster with first class honours and the Ulster Television Award for her BA in Media Studies, Kate promptly forged a glittering career for herself in waitressing. Then one day, beside a swimming pool in Australia, Kate decided it was time to write a book. The Happy Ever Afterlife of Rosie Potter (RIP) is Kate's debut novel. 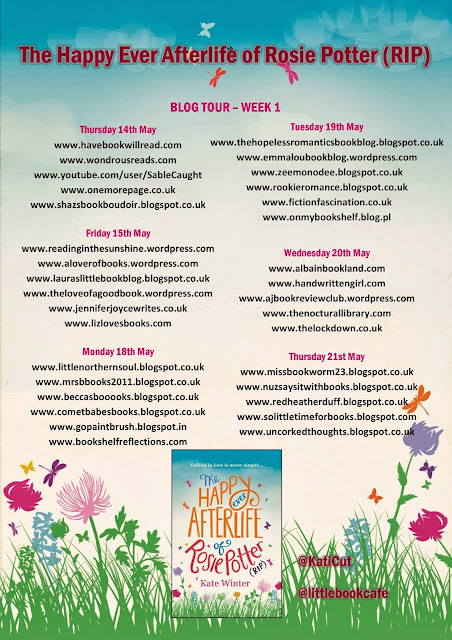