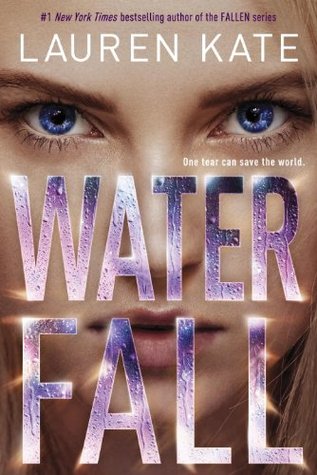 Summary: Eureka’s tears have flooded the earth, and now Atlantis is rising, bringing with it its evil king, Atlas. Eureka is the only one who can stop him, but first she must learn how to fight. She travels across the ocean with Cat, her family, and Ander, the gorgeous and mysterious Seedbearer who promises to help her find Solon, an enigmatic lost Seedbearer who knows how to defeat Atlas.
Once on land, Eureka is taunted by gossipwitches, a group of displaced Atlantean sorceresses, and ambushed by locals struggling to survive amid the destruction her tears have wrought. And she feels no closer to facing Atlas or saving the world when Solon lets slip that love is Ander’s weakness, and that any affection he feels toward her makes him age faster.Trying to make sense of the dark world her sorrow has created, Eureka receives startling insight from an enchanted pond. Her bewildering reflection reveals a soul-crushing secret: if she’s strong enough, Eureka can draw on this knowledge to defeat Atlas—unless her broken heart is just what he needs to fuel his rising kingdom...In Waterfall, Eureka has the chance to save the world. But she’ll have to give up everything—even love.


Review: This book made me SO CONFUSED. I loved Teardrop, so I couldn't wait to get my hands on Waterfall. But when I finally started to read it, I was thrown off by the change in the characters and the confusing world Eureka brought with her tears.
All her life, Eureka was told to never cry, but when she finally lets a tear fall, the earth is flooded and life as Eureka knows it is gone. Eureka is the only person who can save the world from Atlas, the evil king from Atlantis. Eureka travels across the ocean with her loved ones to try and stop him, but once she reaches land, Eureka learns so much more about the dark world she has created and uncovers secrets that could break her heart and the hearts of those she loves the most. What I loved about Teardrop was that Eureka was living a normal teenage life and had to deal with the strange things coming her way. In this book, though, any sense of a normal world is forgotten and we're thrown into a flooded world of secret lands, witches, and more Seedbearers. I was confused about what the heck was going on a good 75% of the time and had no idea what kind of world Eureka was involved in. The glimmering pond was interesting, but I still don't fully understand what the point of it was. Maybe I didn't pay close enough attention to the story, but I would have liked more clarity and explanation than what we got. Now, onto Eureka. What the heck was up with that girl? She was so in love with Ander in the first book and those feelings drastically change in this one. I don't want to spoil anything, but her feelings take a complete 180 and are solely focused on another character while Ander is pretty much forgotten. Um, what? Then, the change in her character after she uncovers secretes about her lineage don't make sense. She claims she's bad just because of who her ancestors are and i just really didn't get it. At all. If you can't tell already, I was definitely disappointed with how this one turned out. The world Lauren Kate creates is too confusing and I miss the real world elements we got in the first book. The characters aren't as relatable as in the first book and I really didn't care for any of them in this book. Even if you enjoyed the first book of this series, I'd say you should skip out on Waterfall.