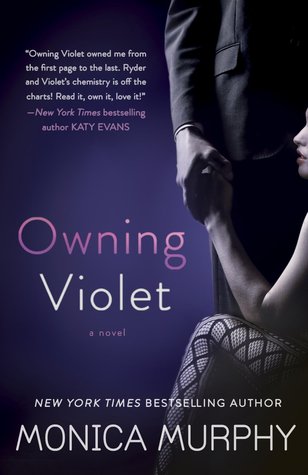 Summary: New York Times bestselling author Monica Murphy begins a sexy new contemporary romance series—perfect for fans of Christina Lauren and Emma Chase—that introduces three sisters born to wealth, raised to succeed, ready to love, destined to make waves.
I’ve moved through life doing what’s expected of me. I’m the middle daughter, the dutiful daughter. The one who braved a vicious attack and survived. The one who devoted herself to her family’s business empire. The one who met an ambitious man and fell in love. We were going to run Fleur Cosmetics together, Zachary and I.Until he got a promotion and left me in the dust. Maybe it’s for the best, between his disloyalty and his wandering eye. But another man was waiting for me. Wanting me. He too has an overwhelming thirst for success, just like Zachary—perhaps even more so. He’s also ruthless. And mysterious. I know nothing about Ryder McKay beyond that he makes me feel things I’ve never felt before.One stolen moment, a kiss, a touch . . . and I’m hooked. Ryder’s like a powerful drug, and I’m an addict who doesn’t want to be cured. He tells me his intentions aren’t pure, and I believe him. For once, I don’t care. I’m willing to risk everything just to be with him. Including my heart. My soul.My everything.

Review: I've only read one of Monica Murphy's novels, but I absolutely loved it, so I couldn't wait to see what she had in store for me in this seductive romance that promised passion, danger, and a bad boy that's entirely impossible to resist.
Violet Fowler has gone through life as the dutiful daughter who's been working her way up in her father's company, eager to prove to him that she's capable of running the company some day. Her duty, though, includes being in a relationship with a man who is selfish and unfaithful, but who can offer her the reliable future she wants. But when Ryder McKay sets his sights on Violet and is determined to steal her from Zachary in a ploy to move up in the company, neither of them are prepared for the intensity to follow. Violet is a whole new person around Ryder and he can't help but hope for something better when he's with Violet, and soon wants her for the real thing, not just as part of a game. Oh, boy. The heat between Ryder and Violet just flies off the pages and their relationship is definitely a complicated one. I loved how we got alternating chapters between Ryder and Violet's points of view because you really get to understand where both of them are coming from and how both of them are changing because of one another. If it were just from Violet's perspective, I definitely wouldn't have ended up falling for Ryder as hard as I did. Sure, he started his whole pursuit for Violet in some sick game he made with the evil Pilar who has been manipulating and using him for years, but Violet surprises him and makes him want a better life. The emotional connection Violet and Ryder end up having is really intense and I loved how deeply they feel for each other. The whole premise of Ryder and Violet working together is perfect for this book, because they have to constantly be around each other, whether they are pining for one another or super angry with one another after certain secrets are revealed. There was simply no avoiding each other. It also allows for them both to have lives outside of their relationship, which is a definite must for me in any book I read. They had real life problems they and to deal with on top of trying to figure out what exactly they mean to each other. The only problem I had with this book was how an emotional secret from Violet's past was brought up and really scarred her, yet nothing was really done with it. I was expecting something to drastically change the book after that secret was brought up 3 or 4 times, yet it was only used for Violet to have something emotional and secret to share with Ryder. I thin more could have been done with that plot point, but other than that, everything else about this book was so addicting. Violet is not used to a man like Ryder who makes her so much more confident in herself, and Ryder has never met a woman who drives him as crazy as Violet does. When I got to the end of the novel, I was reading the extra content and noticed that Monica Murphy explained that she basically listened to The Great Gatsby soundtrack on repeat while writing the story, and I totally get that vibe from this novel. There's just something dark and edgy, yet totally irresistible about this novel. I couldn't put it down! Fans of Maya Banks and Sylvia Day will definitely enjoy Owning Violet. It's a romance that offers real emotional development and a steamy relationship that will leave you begging for more.

How would you describe Owning Violet in three words?
Sexy, mysterious, glamorous.

If you could be any character from Owning Violet, who would you be and why?
I would be Violet because that means I get to have lots and lots of sexy times with Ryder. He's delicious.

What does your typical workday look like?
If I'm on deadline, it's furiously writing, hunched over my desk, guzzling diet Coke.

A normal workday is me checking email, answering email, keeping up on social media, writing. Maybe editing. I write full time and since I'm a workaholic, I'm at my desk a lot.

What do you enjoy to do when you’re not writing?
Hang out with my family, watch TV with them. Travel. Reading. Lots of reading.

What can we expect next from you?
STEALING ROSE, the second book in The Fowler Sisters series, comes out March 3rd, 2015.

I also write as Karen Erickson and I have a lot of stuff coming out in 2015 - check out http://karenerickson.com and click the coming soon page for more details.

I have one copy of Owning Violet to giveaway! Just enter the rafflecopter below! ***US/CAN only***Ends 12/12