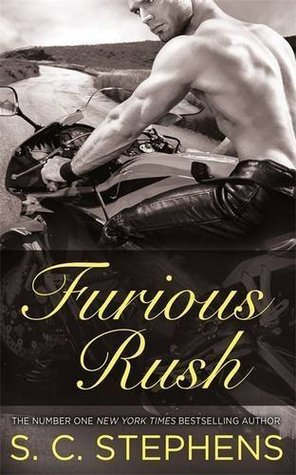 For Mackenzie Cox, racing motorcycles is in her blood. Born into a family legacy, she's determined to show the world that she has inherited her father's talent in this male-dominated sport. The last thing Kenzie needs is to be antagonised by her rival team's newest rider, Hayden Hayes. Hayden, exceedingly arrogant and outrageously attractive, immediately gets under Kenzie's skin and she can't help but be distracted.As Kenzie and Hayden push each other on the track, the electric energy between them off the track shifts into an intense - and strictly forbidden - attraction. The only rule between their two ultra-competitive teams is zero contact. Kenzie needs a win, and she also needs to stay away from Hayden. Unfortunately for her though, one thing has become all too clear: she can't.Fuelled by passion, driven by desire, Hayden and Mackenzie both want to win more than anything else. Except for, maybe, each other. But anger, jealousy and extreme competitiveness aren't their only obstacles . . .

Words cannot even begin to describe how excited I was when I heard that SC Stephens was writing a new book  that wasn't associated with her Thoughtless series. Don't get me wrong, I love every book in that series, but I was excited to see SC Stephens write all new characters in a completely new world.

Racing is in Mackenzie Cox's blood, and it's finally her time to race for her dad. The last thing Mackenzie needs is a distraction, especially in the form of the gorgeous man that is Hayden Hayes. Even if Mackenzie did want to admit her attraction to Hayden, he just so happens to be the newest racer for her father's enemy, the man who ruined her family and who Mackenzie despises more than anyone else. As Mackenzie works to help save her dad's racing company, she soon realizes that nothing causes her to race faster than racing against Hayden. Mackenzie needs to keep her mind of the track and off of the man who is the last person she should be feeling anything for.

I LOVED THIS BOOK. Okay, sorry, I had to say that right away because I SERIOUSLY loved this book. It shouldn't be a surprise seeing as I love SC Stephens, but the whole racing world and insanely passionate chemistry our two main characters had sealed the deal. Let's start with the racing first. I love sports romances and motorbike racing is no exception. I loved how dedicated both Mackenzie and Hayden were to the sport and the adrenaline rush they had while racing, especially when they were racing each other. From the first race Mackenzie races in this book, I was hooked on the action and literally could not take my eyes off the pages until the race was over and I knew the outcome. I was rooting for Mackenzie to just win and prove to everyone, including herself, that she really was good enough.

But let's move on to the real reason I loved this book. HAYDEN. Oh. My. Gosh. The chemistry between Hayden and Mackenzie was through the roof, but they took forever to act on it because they were both trying so hard to resist each other since they raced for rival companies. It turns out I love books that make you crazy when the couple just won't get together yet because that makes their romance that much more addicting. I gobbled up every moment they spent together and needed them to finally get together!

Overall, Furious Rush has it all-- a sizzling romance, intense sports action, and a main character that I really cared for. Mackenzie was so relatable and I was hoping for the best for her. And Hayden! YUM. The ending of this book left me begging for the next book and I am already waiting for more of this world and its amazing characters!