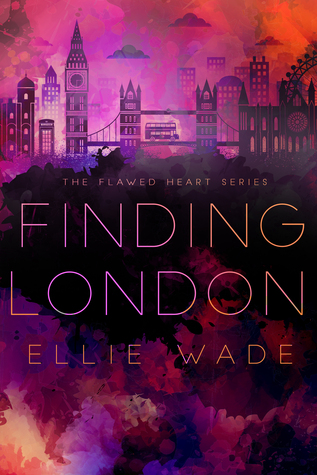 London Wright thought she’d been in love before, but she hadn’t—not even close.
Then she met him.Rugged and gorgeous, Loïc Berkeley, a special forces soldier is everything she’s ever wanted. Getting him to notice her was a challenge, but keeping his love is proving to be more difficult.London’s used to getting what she wants so loving someone like Loïc is a humbling and somewhat terrifying experience. For everything she has in her life, he’s the one thing she can’t bear to lose.Loïc Berkeley never wanted love. He views it as an unneeded distraction that causes nothing but pain. Love, for Loïc, always ends in disappointment.Then he met her.Spoiled, witty, and breathtakingly beautiful London Wright is his undoing. From the moment he laid eyes on her, he knew his life would never be the same. Though he tries to fight it, he finds himself falling for her.Having lived a life full of sorrow, finding London brought Loïc rare happiness. Though his feelings for her are strong, is what they have powerful enough to break the cycle of his past?When one is destined for heartbreak and loss, can love really change anything?

One look at this cover and I was in love. I mean, look at how gorgeous it is! Sadly, this book doesn't actually take place in London, but I quickly learned that it was a new adult romance with quite the yummy, and hard-headed, romantic interest for our main character. I was hooked!London Wright has gotten everything she's ever wanted, especially when it comes to guys. So when she meets Loic Berkley and is instantly attracted to him, she's thrown off when he walks away without any interest. No one says no to London. Determined, London goes after Loic and is shocked at the pain and loss that he's gone through. Is the happiness that London can bring Loic enough to prove to him that not everything he loves will be lost? From the start, Loic throws up walls and pushes London away. I loved, though, how fate kept on bringing them to together and how persistent London was. While I wasn't a huge fan of how spoiled and entitled she was, I did love London's determination to keep Loic. I was a bit bothered by the fact that London had recently graduated from college and wasn't at all concerned about finding a job. She eventually started applying for jobs and knew she wouldn't have a problem finding one. Seeing as I graduated college a little over a year ago, this was SO ANNOYING considering pretty much every college senior freaks out about finding a job. But that's London's character and a main reason why Loic was so hesitant to even let her in. When Loic did start to let London in, I thought they were so cute together and loved their dates. We do get some flashbacks of Loic's past and why he was so guarded, which I really enjoyed. And what happened near the end? Ugh! I was definitely invested in Loic and London's relationship at that point and only wanted the best for them. I definitely can't wait to pick up book two and see how Loic and London will continue on in their relationship. Overall, I definitely enjoyed this book. I was not expecting the emotional roller coaster of Loic's past or the intense chemistry between Loic and London, which ended up being my favorite parts of this book. For a book whose cover is gorgeous, this book definitely lived up to its expectations!