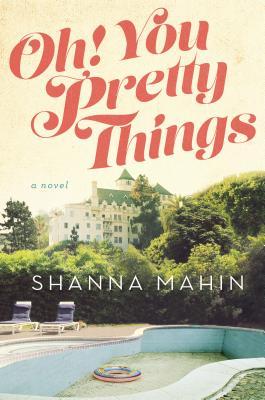 Summary: Jess Dunne is third-generation Hollywood, but her star on the boulevard has yet to materialize. Sure, she’s got a Santa Monica address and a working actress roommate, but with her nowhere barista job in a town that acknowledges zeroes only as a dress size, she’s a dead girl walking.
Enter Jess’s mother—a failed actress who puts the strange in estrangement. She dives headlong into her daughter’s downward spiral, forcing Jess to muster all her spite and self-preservation to snag a career upgrade.As a personal assistant for a famous (and secretly agoraphobic) film composer, Jess’s workdays are now filled with shopping for luxury goods and cooking in his perfectly designed kitchen. Jess kills at cooking, a talent that only serves her intensifying urge to dig in to Los Angeles’s celebrity buffet.When her food garners the attention of an actress on the rise, well, she’s all too willing to throw it in with the composer and upgrade again, a decision that will have far-reaching ramifications that could explode all her relationships.All the while, her mother looms ever closer, forcing Jess to confront the traumatic secrets she’s been running from all her life.

Review: I guess you could say that I really really really like movies, TV shows, and knowing all things about celebrities. I love reality TV and enjoy watching E! News with my sister. So when I saw that the main character of this book was in the midst of the hollywood life I love so much but not actually one of them herself, I knew I had to read it.
As third-generation Hollywood, Jess has felt the pressure from her not-so-present mother to be the star and make their family **cough cough** her mom **cough cough** proud. Pretty early on, though, it was clear that Jess was not destined for fame. When she's fired from her job as a barista because she's not hip or young enough anymore, Jess snags the job as the personal assistant to a Hollywood composer in the world she loves so much. Jess soon finds herself running errands and cooking for the man until her cooking garners the attention of an up-and-coming actress. Jess dives head first into the celebrity world and realizes it's not all that it's cracked up to be. The one thing that can make or break a book is the main character. For me, I'm still not so sure how I feel about Jess. She seemed to complain a bit too much about her life for my taste and her friendships with her two celebrity-ish friends seemed a bit too surface level and cliche to me. And I know that "boof" is supposed to be an endearing term she calls one of her friends and has a funny story behind it, but I found it really bothering me every time she used it. I wanted a more likable character who I could click with instead of someone who complained about her life and seemed to have opportunities just dropped into her lap. How many people would really so easily get a personal assistant job with a celebrity when their only experience is as a coffee barista? As for the pacing, I could have used a more fast paced story in the beginning and not so much jumping into the next thing for the rest of the book. It took me awhile to get into the book and when I did and Jess started to work for the composer Tyler, she all of the sudden starts working for someone else. And then, with her relationship with her mom, I felt like it relied on cliches and didn't really develop into something unique. Overall, I expected a lot more depth and reality from this book. Also, I wanted so many more references to celebrities that I actually know, instead of brief references of Jess looking at her favorite gossip blogs. More details would have created a much more believable world and connectable story. In the end, while this was a light, entertaining read, it didn't live up to the expectations I had in mind.