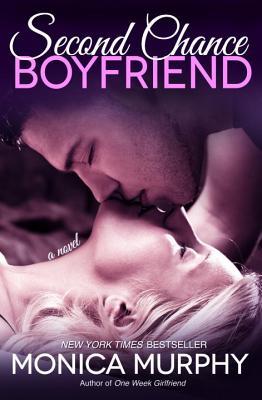 Summary: Lost. Everything in my life can be summed up by that one sickening word. My football coach blames me for our season-ending losses. So does the rest of the team. I wasted two whole months drowning in my own despair, like a complete loser. And I lost my girlfriend—Fable Maguire, the only girl who ever mattered—because I was afraid that being with me would only hurt her.
But now I realize that I’m the one who’s truly lost without her. And even though she acts like she’s moved on and everything’s fine, I know she still thinks about me just as much as I think about her. I know her too well. She’s so damn vulnerable, all I want to do is be there to help her . . . to hold her . . . to love her. I just need her to give me one more chance. We may be lost without each other, but together, we’re destined to find a love that lasts forever.

Review: Oh my gosh, how have I not heard of this series before? I won a copy of Second Chance Boyfriend from the Librarything Early Reviewers program and I had no idea what it was about. All I knew was that this was a New Adult novel, and since New Adult has become one of my favorite genres to read, I couldn't wait to see how it one turned out.
Leaving Fable after spending the most incredible night of their week-long relationship with only a note was the hardest thing Drew has ever done. But Drew has spent his entire life running from things he can't cope with, and his relationship with Fable just so happened to be one of those things. Two months later, and Fable is still heartbroken over the guy who turned her entire life around in only one week. Shouldn't she be over him by now? Not only is Fable hurt, but she's beyond mad at how Drew just walked away. But when life throws them back together, their undeniable attraction comes back stronger than ever, making it impossible for them to stay away from each other. Wow. I sure missed a lot in the first book, because these two characters are completely broken about over what had happened at the end of the first book. I was able to piece enough information together, though, to understand the gist of what happened before. Then, I was able watch how they deal with two months of being separated until they're finally forced to face each other. Fable and Drew have some intense chemistry, but their emotional connection runs even deeper. I think the reason the emotions run so deep between Fable and Drew is because how intense their characters are. If I had seen a girl like Fable on the street, I probably would have instantly judged her as the promiscuous blonde that everyone already labels her. But being inside her mind, it's clear that Fable is so much more than her looks. And Drew. Oh, Drew. He may be the hot-shot quarterback on campus, but he so doesn't act like that in real life. The fact that he's actually pretty quiet, shy, and sweet makes him so freaking adorable. Seriously, forget the confident bad boy. I'd take Drew any day. Oh, and let's not forget the serious drama going down with Fable's mom and with Drew's family. Those two have so much to deal with and there are some pretty heavy, emotional secrets in their past that have really affected their lives. I know a lot was revealed about their pasts in the first book, which is why I really wish I had read it and probably will once I have a chance, but both of them have to confront those issues in this novel. Like I said, this book was pretty much impossible to put down. I loved how complex and emotional the main characters were, and how intense their relationship was. I never got to see them actually fall for each other in the first book, but their relationship definitely grows and they have to trust each other even more than ever in this book. Any New Adult fan has to check out Monica Murphy's One Week Girlfriend series ASAP. I can't wait to get my hands on the first book, and then devour the third book that came out in December. I can't wait!