London Belongs to Us
By Sarra Manning
Release Date: June 2 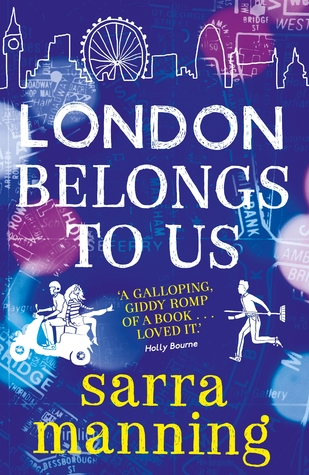 Twelve hours, two boys, one girl . . . and a whole lot of hairspray.Seventeen-year-old Sunny's always been a little bit of a pushover. But when she's sent a picture of her boyfriend kissing another girl, she knows she's got to act. What follows is a mad, twelve-hour dash around London - starting at 8pm in Crystal Palace (so far away from civilisation you can't even get the Tube there) then sweeping through Camden, Shoreditch, Soho, Kensington, Notting Hill . . . and ending up at 8am in Alexandra Palace.Along the way Sunny meets a whole host of characters she never dreamed she'd have anything in common with - least of all the devilishly handsome (and somewhat vain) French 'twins' (they're really cousins) Jean Luc and Vic. But as this love-letter to London shows, a city is only a sum of its parts, and really it's the people living there who make up its life and soul. And, as Sunny discovers, everyone - from friends, apparent-enemies, famous bands and even rickshaw drivers - is willing to help a girl on a mission to get her romantic retribution.A fast-paced, darkly funny love letter to London, boys with big hair and the joys of staying up all night.

LOOK AT HOW GORGEOUS THAT COVER IS. Seriously, I want this book for that cover alone. And seeing as I'm in love with London, I have to read this book if it's described as "a darkly funny love letter to London." This sounds like it's going to be so much fun and full of London as the main character embarks on a 12 hour adventure around the city. I have to have this book right now!
Posted by Jessica (Peace Love Books) at 5:00 AM