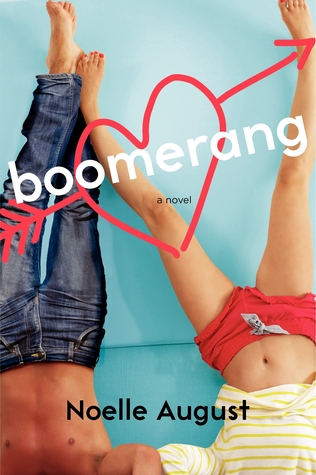 Welcome to Boomerang.com, the dating site for the millennial gen with its no-fuss, no-commitments matchups, and where work is steamier than any random hook-upMia Galliano is an aspiring filmmaker. Ethan Vance has just played his last game as a collegiate soccer star. They’re sharp, hungry for success, and they share a secret.Last night, Ethan and Mia met at a bar, and, well . . . one thing led to another, which led to them waking up the next morning—together. Things turned awkward in a hurry when they found themselves sharing a post hookup taxi . . . to the same place: Boomerang headquarters.What began as a powerful connection between them is treated to a cold shower courtesy of two major complications. First, Boomerang has a strict policy against co-worker dating. And second, they’re now competitors for only one job at the end of summer.As their internships come to an end, will they manage to keep their eyes on the future and their hands off each other, or will the pull of attraction put them right back where they started?

This book has been sitting on my book shelf for so long, so I was very excited when I pulled this from my TBR Jar as my read for January. Based on the cover, I knew I was in for a cute, fun New Adult romance and that's exactly what I got! Mia is an aspiring filmmaker who is banking on the internship with Boomerang.com to finally land her a job. Ethan is just looking to pay off his debts and make a living, so he needs the opportunity of a job after his unpaid internship. After a one night stand, the last thing Mia and Ethan expect is to show up at the same internship competing for the same job. With undeniable chemistry, Ethan and Mia must outdo one another in order to earn the job they both need while adhering to the no dating coworkers rule. Can Mia and Ethan deny one another when that one night together won't leave either of their minds anytime soon? From the first page, this book was just addicting! I loved how Mia and Ethan woke up and couldn't remember what happened between them the night before. All they knew was that they're extremely attracted to one another. Oh boy, and what an attraction! The chemistry between those two was undeniable and it was so funny watching them drive each other crazy, especially when they had to try out the dating website themselves and watch each other date strangers. You just wanted them to be together already but you knew they couldn't. It drove me crazy!While they had insane chemistry, Mia and Ethan also really understood each other. They were thrown into these situations and showed each other that they could really care for one another. Something devastating happened to someone close to Mia and Ethan stepped up and was there for her. It was so heartwarming and I loved how there was substance along with the physical attraction of their relationship. Overall, this is another New Adult hit for me. There was laughter, but there was also a serious side to the story that tested Mia and Ethan. If you want a fun New Adult between two people who drive each other crazy, but definitely in a good way, then you must check out Boomerang!