Cover Reveal: When You Are Mine and Loving You Always by Kennedy Ryan

Today, I am very excited to be a part of the cover reveal of Kennedy Ryan's two novels coming out this year, When You Are Mine and Loving You Always. These two look like they're going to be pretty steamy romances, and I can't wait! Onto the books… 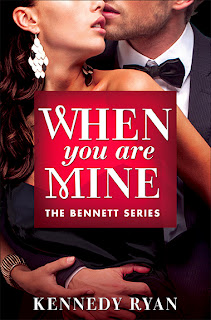 Summary: Forever is a heartbeat away . . .
Kerris Moreton knows how to make things work. Bounced from foster home to foster home as a kid, she adapted; when opportunity arose, she thrived. Now, about to open her own business and accept a marriage proposal, Kerris is ready to build the life she's always wanted. The only thing missing? A passionate connection with her would-be fiancé, Cam. Kerris wants to believe that sparks are overrated-until Walsh Bennett lights her up like the Fourth of July.. . . but what about love?As one of the East Coast's most eligible bachelors, Walsh enjoys financial independence, fulfilling work with his family's nonprofit, and plenty of female attention. But lately he's been distracted by the one woman he can't have. Lovely to look at and even sweeter to know, Kerris is the soul mate Walsh never thought he would find. The problem is, his best friend found her first . . . 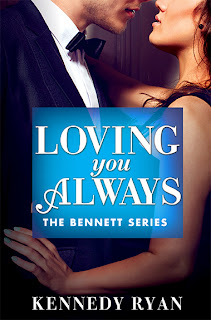 Summary: Book two in The Bennett’s Series. We don’t want to spoil anything, so you’ll just have to wait to see what happens with Kerris, Walsh and Cam in When You Are Mine first!

About the Author
Author Kennedy Ryan has had several signs that she would be a writer, and finally circled back after years of gainful employment. She is a mom to a wonderful son living with autism. This is her debut novel and a percentage of her royalties are donated to families living with autism through her personal foundation as well as through TACA, Talk About Curing Autism. You can learn more about Kennedy Ryan at her Website, Facebook, Twitter, and Goodreads.
Posted by Jessica (Peace Love Books) at 9:20 AM