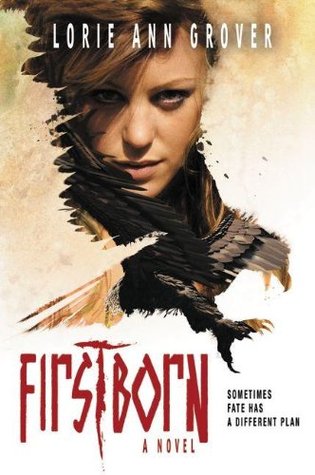 Summary: Where does a firstborn girl fit in a world dominated by men?

When Tiadone was born, her parents had two choices: raise their daughter as male and force her to suppress all feminine traits, or leave her outside the community to die in the wilds. Now, as the first female living as male in her village, Tiadone must prove her father didn't make a mistake by letting her live. As her time of male initiation approaches, Tiadone desperately wishes to belong, and be accepted in her world---though at every step it appears the Creator allows traditional feminine gifts and traits to emerge, as well as cursing her with a singing bird the ruling culture sees as a sign of the devil.

Worse, as Tiadone completes her initiation rites, she finds she is drawn to her male best friend and patrol mate in ways that are very much in line with the female gender.
Confused and desperate, Tiadone tries to become what she must be while dealing with what she indeed has become: a young woman who may be able to free her people from despotic rule and allow the Creator's name to be sung once more.

Review: When I first saw the cover of Firstborn, I was definitely intrigued about the story it held inside. A society where first born females have to live as males in order to be accepted? This sounded like a world where the main character, a first born female, was going to have to fight to survive.
From birth, Tiadone has been sworn to live the life of a male, diminishing her feminine qualities in order to grow up to serve her time at the perimeter. But when it comes time to leave home with her rapion Mirko, Tiadone has to live being the outcast in a group of men as they are already mistreated by the society they serve. Tiadone has to learn to survive as her femininity shows more and more, betraying her promise to live her life as a firstborn male. This book started out….interesting. I loved the whole concept of Tiadone having to live as a male because that is the only way she could survive as a first born, but the entire society they lived in was not properly introduced at all. After finishing the story, I'm still confused about the rules, who the leaders were, and why the rules were the way they were. Also, from the summary, I was under the impression that Tiadone had to hide the fact that she was a girl, but everyone knew she was a girl who had to live as a boy, which made it even harder for her to live with everyone avoiding the only female among them. Then, the author made it seem like Tiadone was the first ever girl to declare being a male, as well as the only one at the current time. I thought there would have been more families declaring their first born daughters males instead of leaving them to die in the dessert so that they could have a first born male. Once I got used to the story, though, I enjoyed Tiadone's fight to prove herself, as well as her fight to hide her feminine qualities and thoughts. When she starts noticing other boys as men and not her brothers, things definitely get interesting. Tiadone has so much to go through and finds just how difficult it is to ignore her femininity. I really loved the relationship between the people and their rapions (bird-like creatures). They carry the egg from birth and bond with the animal once it's born right before they have to go to the perimeter. The relationship between Tiadone and her rapion Mirko was very sweet and a true friendship. It seemed like the relationship many fantasy characters have with dragons, except this time they are birds who are linked to their inner emotions and souls. Overall, I ended up thinking this book was a pretty good read. Nothing blew me away, but it still kept me engaged in Tiadone's life in such a restricted society. While I'm still confused with how their whole society actually worked, the entire concept was interesting and kept me reading until the very end.