Book Review: Time Between Us by Tamara Ireland Stone

Time Between Us
By Tamara Ireland Stone
Release Date: October 9, 2012
Source: Santa Clause (aka my own copy) 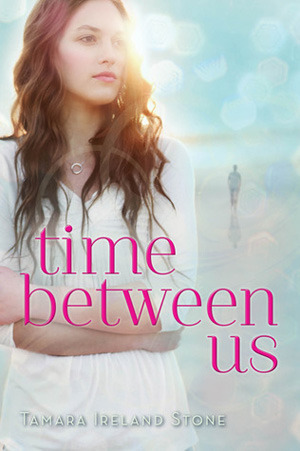 Summary: Anna and Bennett were never supposed to meet: she lives in 1995 Chicago and he lives in 2012 San Francisco. But Bennett has the unique ability to travel through time and space, which brings him into Anna’s life, and with him a new world of adventure and possibility.
As their relationship deepens, the two face the reality that time may knock Bennett back to where he belongs, even as a devastating crisis throws everything they believe into question. Against a ticking clock, Anna and Bennett are forced to ask themselves how far they can push the bounds of fate, what consequences they can bear in order to stay together, and whether their love can stand the test of time.Fresh, exciting, and deeply romantic, Time Between Us is a stunning, spellbinding debut from an extraordinary new voice in YA fiction.


Review: Oh goodness. Words can't even begin to describe how hard I fell for this book. I have been seeing reviews that have praised this book to no end ever since it came out in 2012, but I never had the chance to actually sit down and read it. Thanks to Santa Clause, I got a copy for Christmas and had time to absolutely devour the story I've been longing to read.
Anna is just a girl living in Chicago in 1995. Dreaming of traveling the world, Anna never thought anything interesting could happen in her mundane life. Until Bennett Cooper shows up and changes everything. As a teenager in 2012, there's no way Bennett should be in Anna's world, but Bennett has the ability to travel through time. When he comes into Anna's life, the pull they feel for each other is too strong for either of them to ignore. Anna and Bennett find themselves pushing Bennett's abilities to the limits, testing time and fate itself.
Gosh, this book was good. I mean, wow, that romance! By the end of the book, I was literally freaking out with every turn of the page, completely invested in Bennett and Anna's relationship. As main characters, Bennett and Anna were absolutely perfect. I loved how protective and careful (and totally swoon-worthy) Bennett was, and how passionate and driven Anna was. Also, when the book opened up with Anna running in the cold before the sun was even up (because she's a runner), I knew I was going to love her. Then, her best friend Emma and Justin had such strong personalities of their own and fit into the story in their own quirky ways, which added even more substance to the book. The characters were so wonderfully developed that they were impossible not to like.
With just the romance, this book was great. Add in the time travel, though, and this book was fantastic. There was so much mystery with what exactly Bennett could actually do with his ability, and when things start to go awry, you can't help but freak out along with the characters. My heart was practically leaping out of my chest at the end and to say I was freaking out is an understatement. I was so into Anna's story and could feel every emotion she was going through along with her.
All I can say is that this books was perfection. A captivating romance that has to stand the tests of time, Time Between Us delivers a story about love, trust, and growing up. If you get the chance to read this one, which I highly recommend that you do, be prepared to not be able to put it down until the very last page.

Posted by Jessica (Peace Love Books) at 9:21 AM