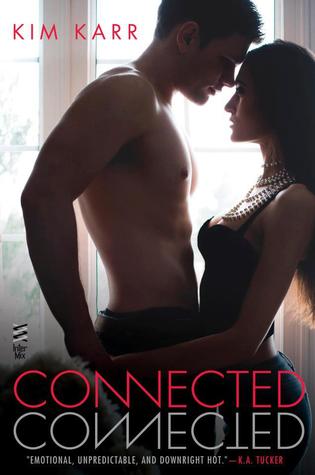 Summary: What if a ‘Once in a Lifetime’ could happen twice?
Suffering from a past full of tragedy, Dahlia London's soul has been left completely shattered. Happily ever after is a far cry from reality in her world. But, when she is reconnected with her past, the bonds that form are irrefutable.When River Wilde, lead singer of The Wilde Ones, comes back into Dahlia’s life, the intensity that fires their relationship combined with underlying feelings that have never died lead her to believe she has met her soulmate. Struggling with confusion as old connections fade and new ones begin, Dahlia's grief begins to lift--but guilt remains. River wants to be the one to mend all that is torn within her. But with a past that is never really gone, can their future survive?


Review: Whoa. Take caution when handling this book because it is SO HOT. I absolutely loved SC Stephens's Thoughtless series, and this one sounded a lot like that. While he's no Kellan Kyle, River Wilde definitely has his own sexy way of sweeping a girl off her feet.
After tragedy strikes her life, Dahlia doesn't know how she can go on living a normal, happy life. An empty shell of what she once was, Dahlia spends the next two years going through the motions. Until River Wilde comes into her life. Again. When River and Dahlia first met one night in college, Dahlia knew she had to ignore the intense connection they shared and go back to her childhood boyfriend. Now, though, Dahlia is too vulnerable and River is determined to never let her go again. Trying to deal with her grief, Dahlia must learn to trust fate, and what better fate is there than a hot rock star completely and utterly in love with her? There are two types of romances in my eyes: sweet romances and passionate romances. Connected twists those two together and completely blows them out of the water. River Wilde is the definition of sexy, but he is probably the sweetest man on this (fictional) planet. As soon as he felt that connection with Dahlia and let her go the first time, he was determined to do everything in his power to keep her the second time they meet. I loved absolutely everything about him- the way he would sing to Dahlia (singing She Will Be Loved in the shower? Cutest. Moment. Ever), make her coffee in the mornings, and watch his swearing around her, even though she had quite the potty mouth herself, left me absolutely yearning for a man as perfect as River. Okay, okay, enough fawning over River. Onto the story and Dahlia. When the book started in college where Dahlia was dating Ben, I wasn't all that into it. Ben is such a jerk and I don't know why Dahlia even likes him. Well, I guess they have known each other since they were 5 and have been dating forever, but he was so not a man you'd fall in love with. Enter River, and I can get why Dahlia falls in love at first sight. Being with River makes Dahlia really look at her emotions and try to deal with the tragedy that had struck her multiple times in her life. I really loved Dahlia and how caring and loyal she is. She goes on an emotional roller coaster and has to learn how to deal with such strong emotions that come from being with River. What a lucky, lucky girl she is! The passion was SO INTENSE in this book and I devoured every moment River and Dahlia were together. And can I throw in that I about have a freak out when they talked about knowing Kellan Kyle from SC Stephens's series? It is so cool that Kim Karr would throw in another adored fictional character like that! I loved it!For me, this book was a five star read from beginning to end. But the ending is what made it a ten star read in my book. How could the author just throw it all out there and leave us hanging like that? Oh my gosh! I finished the book yesterday and still can't believe what I read. Oh. My. Gosh. You guys are going to just have to read this book because there's no way I'm spoiling anything for you all. So when you get the chance, you have to pick up a copy of Connected. And while you do that, I'm going to be pining for Torn, the second book in this series, so I can get even more of the sexy River Wilde and figure out what he and Dahlia are going to do next with that drama thrown into their lives. I can't wait!