Spilling My Secrets on Flirting

In celebration of the release of The Secrets of Attraction by Robin Constantine, I am sharing my secrets on the dos and don'ts of flirting based on what I've witnessed in some of my favorite movies, shows and books...

DO initiate contact. If you like someone, nothing will happen if you just stare at them longingly from across the room.

DO NOT act super creepy and stalkerish. They're just another person who just so happens to be extremely attractive to you. Just TRY to act normal. If they think you're normal, the more likely they are to actually talk to you…

DO be charming, nice, and flattering. Think Chad Michael Murray ;)

DO NOT get super drunk and then proceed to throw yourself at them. Nothing is more unattractive than a sloppy, drunk guy or girl.

DO just be yourself.

DO NOT try to make something there when it's clearly not going to happen. If he/she isn't returning your calls/texts/facebook messages, it's time to take the hint. This isn't The Notebook where their mom is hiding their phone/computer/tablet/handwritten letters. They just aren't interested.

DO act super adorable once you get together. That's always my favorite part of the story...

About the Novel
The Secrets of Attraction
By Robin Constantine
Release Date: April 28, 2015 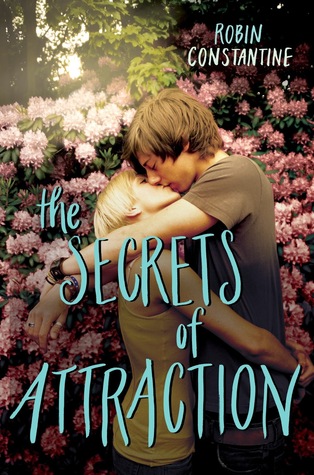 Summary: Set in the same world as The Promise of Amazing, this smart, surprising, and romantic follow-up to Robin Constantine's debut novel follows two New Jersey teens as they become friends and fall in love. Perfect for fans of Stephanie Perkins, Sarah Mlynowski, and Jennifer E. Smith.
Madison Pryce thinks she's got everything figured out—she's working on a portfolio for a summer art program and hanging with her friends. Plus she has her hot boyfriend, Zach. But then a visit from a family friend turns Maddie's life upside down.Jesse McMann is still reeling from a breakup that shattered his heart and his band. Then pride (and some goading from his bass player and fellow barista) forces him to find a new drummer—and the inspiration to write music again.Kismet arrives in the unlikely form of Grayson Barrett, who tries out for Jesse's band, and whose girlfriend is BFFs with the cute girl who orders a chai latte after yoga every Thursday: Maddie. What Jesse and Maddie thought they knew about the secrets of attraction and the rules of romance changes once they start falling for each other.

Giveaway
I have one paperback edition of The Promise of Amazing to giveaway today! Just fill out the rafflecopter below! US ONLY Ends 3/19
a Rafflecopter giveaway
Posted by Jessica (Peace Love Books) at 6:31 AM