Guest Post/Giveaway: Bring on the Dusk by ML Buchman

Managing Strengths and Weakness on the Battlefield by M.L. Buchman

My Night Stalkers series follows the exploits and challenges of the U.S. Army’s 160th SOAR, a real-life Special Operations helicopter regiment, and of those who fly with them. In the newly released Bring on the Dusk, my heroine and hero are Little Bird pilot Captain Claudia Casperson and Delta Force operator Colonel Michael Gibson.

Strengths and weaknesses are always a fascinating question for that is what brings couples together or drives them apart. My wife and I often say that much of our marriage works because we have very different sets of strengths and weaknesses; something that upsets me deeply, doesn’t ruffle her feathers but a little so she can be the strong one at that moment and vice versa. I think about this a lot as I write my characters, but they always discover their own paths.

Claudia is the master strategist. Which is an interesting surprise. Claudia’s Little Bird, which is an exceptionally lethal helicopter despite its cute name, is a tactician’s craft. It is small, fast, and maneuverable. It’s power is in quick delivery or extraction from tight and dangerous places. Yet it is Claudia who can see the shape of a conflict and anticipate a need before it occurs and find a solution even when there are only seconds to find an answer.

Michael is the master tactician. When it gets down to the nitty-gritty and there isn’t a single possible way to achieve a mission, that is where he excels. To steal a line from the movie Six Days Seven Nights: “You send them into the wilderness with a pocket knife and a Q-tip and they build you a shopping mall. You can't do that?” Michael can.

But without their weaknesses, all you have are superheroes, and even superman has his Kryptonite and Batman his black moods.

Curiously, Claudia and Michael have the same weakness. A weakness that is one of their greatest strengths as soldiers. They are both exceptionally skilled at independent operation, to the point where the idea of needing someone else is a shock to their very idea of who they are.

It is in surmounting that and discovering each other that they must finally transcend. That is the challenge every soldier must face if they are to be an effective team member. And what team is more important than the one you plan to spend the rest of your life as a part of?

Summary: As a five-nation war simmers in the Caspian Sea, Captain Claudia Jean "Cee-Cee' Casperson of the Night Stalkers and Colonel Michael Gibson of Delta Force are called in to subdue the conflict. They'll need all their combined ingenuity to stop a clash that could have catastrophic global repercussions. And they'll need to do it while remaining under the radar. It'll take all the strength they have—but it will take even more for the pair to breach the walls they've built around their hearts. 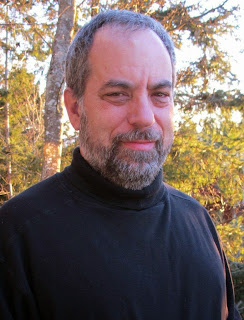 M. L. Buchman has over 25 novels in print. His military romantic suspense books have been named Barnes & Noble and NPR “Top 5 of the year” and Booklist “Top 10 of the Year.” In addition to romance, he also writes contemporaries, thrillers, and fantasy and science fiction.

In among his career as a corporate project manager he has: rebuilt and single-handed a fifty-foot sailboat, both flown and jumped out of airplanes, designed and built two houses, and bicycled solo around the world.

He is now a full-time writer, living on the Oregon Coast with his beloved wife. He is constantly amazed at what you can do with a degree in Geophysics. You may keep up with his writing at www.mlbuchman.com.

Giveaway
a Rafflecopter giveaway
Posted by Jessica (Peace Love Books) at 7:49 AM