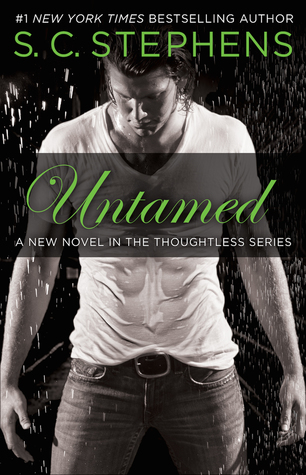 Summary: The spotlight doesn't only shine. Sometimes it burns.
Being the bad-boy bassist for the world's hottest band has earned Griffin Hancock some perks: a big house, a fast car, and most importantly his incredible wife, Anna. The one thing it hasn't brought him is the spotlight. Anna tells him to be patient, that his talent will win out. But Griffin is through waiting for permission to shine.Without warning, Griffin makes a shocking decision and takes the gamble of a lifetime. Suddenly he's caught up in a new level of lights, cameras, and chaos. One that pushes his relationship with Anna to its limits. Anna has always found his unpredictable behavior sexy, but lately he's seen an ache in her eyes--and it has his soul in knots. Just as the recognition Griffin seeks is finally within reach, the thing he loves most in life could be slipping through his fingers…

HOLY MOLY IT'S GRIFFIN'S BOOK. O. M. G. Like, I can't even get coherent words out because I'm so excited. I absolutely loved the first three books of this series and then the book from Kellan's point of view. I am beyond excited to see how the heck SC Stephens is going to write a book about Griffin without making the reader throw the book down in disgust. Haha, Griffin wasn't exactly someone you like when reading the other books in this series, but I really loved him with Anna. Can't wait!
Posted by Jessica (Peace Love Books) at 6:57 AM