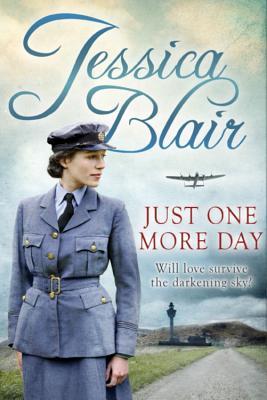 Summary: When Britain declares war on Germany in 1939, Carolyn Maddison is still a schoolgirl. Her elder brother Alastair wastes no time in joining the RAF as a flying officer, and Carolyn decides that when she is eighteen she will follow him into the service by joining the Women's Auxiliary Air Force.
While reporting to the Air Ministry in London she meets a good-looking, charismatic pilot, Charlie Wade, currently employed in propaganda work. He believes that with her calm demeanor and resilience, Carolyn should work as an Intelligence officer, and suggests she serve on an active bombing station. At her side throughout the courses and postings that follow is Lucy Gaston, naturally quick-witted and sparky, a perfect foil for her friend.The young WAAFs both obtain prestigious postings in 5 Group Bomber Command, where they perform the vital tasks of briefing and debriefing aircrew returning from operations over Germany. Lucy, an incorrigible optimist, falls head over heels for a member of a Lancaster bomber crew while Carolyn resists her feelings for its dashing pilot. She decides it's not worth the risk of loving a man in wartime. . . only to wonder if she has done the right thing when a new WAAF on the station sets her cap at him.For Lucy and Carolyn, life on a WWII bombing station brings drama, heartbreak and suspense in this touching love story.


Review: I don't read too many war historical romances, but this one promised a suspenseful storyline and romantic pilots who would sweep the main characters of their feet. How could I say no? In the end, though, this one was lacking in both suspense and a believable romance for any of the characters.
As soon as she turns 18, Carolyn Maddison is determined to do her duty and follow in her older brother's footsteps to join the war effort. Once she's of age, Carolyn wastes no time signing up for the Women's Auxiliary Air Force and finds herself working her way up to the prestigious posting in 5 Group Bomber Command working closely with the aircrews sent to attack Germany. Carolyn and her close friend Lucy befriend the crew of one of the bombers and find themselves falling for the men putting their lives on the line. But can Carolyn truly give her heart to someone when there's a very real chance he may never come back home? This story had so much promise. Girls volunteering to work in the war, only to fall in love with some dashing pilots and members of the bomber crews? From the start, though, I could already tell from the fake and unbelievable dialogue that this one was going to hard to get through. The characters were always talking about the lessons they've learned and constantly supporting each other in a way that seemed much too forced and not at all natural. I could never imagine most of the conversations the characters had actually happening in real life. Everything was a little too perfectly planned out and stereotypical, instead of giving us a realistic look at the fear of losing loved ones in a war. Also, the pace of the plot was really awkward to me and hard to follow. It seemed like they were always on leave, then two months would pass in a paragraph of them doing who knows what, only to be on leave again. I wanted a more realistic and smooth pacing of their lives instead of a rushed timeline that was hard to keep track of. As for the romance, I was definitely not a fan. Almost every couple who fell for each other happened in a love-at-first-sight way. Literally every guy Carolyn and Lucy talked to seemed to want to date them and they had no problem finding guys to like them back. Then, they were instantly in love and wanting to get married when they had hardly even talked to each other. They talked about being in love, but I didn't really get that feeling from the relationship. I wish there was more passion and that I could feel the romance instead of being told that it was there. They just conveniently met dashing men to sweep them off their feet. Even Lucy and Carolyn conveniently met at the very beginning of the novel and instantly became inseparable. I just couldn't connect with any of the characters or the relationships they developed throughout the book. Overall, this one fell very flat for me. There was pretty much no suspense until the very end and, even then, it was pretty predictable how everything would conclude. I was more bored during the "exciting" bombing parts because all they would say is that they released the bombs and flew away. I wanted much more action, more realistic emotions and relationships, and realistic dialogue that wasn't too mushy or neatly tied up. While it had potential, I just couldn't enjoy this one.

Posted by Jessica (Peace Love Books) at 8:09 AM