Blog Tour + Review/Giveaway: Worth the Risk by Claudia Connor 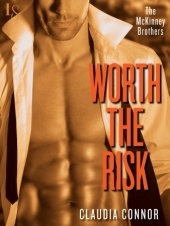 Summary: Two hearts locked away . . . Hannah Walker spends her days coaching children through injury and trauma, one therapeutic horseback ride at a time. She knows all too well how violence can change a child and leave scars that never heal. It’s easy for her to relate to the kids; what isn’t easy is the thought of facing her own harrowing past.
Millionaire playboy Stephen McKinney could use a little coaching himself. Five years ago he encountered his most horrible nightmare—and the nightmare won. No matter what he achieves, nothing can make up for that awful night . . . or so he believes. Both desperate for a second chance . . . Stephen is used to getting what he wants. And he wants Hannah. So when she turns him down, he’s intrigued. What he doesn’t know is that her secrets will lead him to a place he never wanted to go again . . . to a side of himself he’s tried to forget . . . a side that would scare Hannah away from ever loving him. Now his only chance to win her trust is to bare his soul, risking everything he tried so hard to protect.


Review: Oh, boy. Beware. This is one of those books. You know, one of those heart wrenching books where the main characters were both hurt in the past and find it extremely difficult to let anyone in ever again? Well yeah, this is one of those books. So be prepared.
Hannah Walker is content spending her days helping children overcome injuries and trauma through therapeutic horseback riding. After going through a trauma of her own, Hannah is only comfortable around her kids and her horses, scared to make the same mistake she had when she was younger. So when the millionaire playboy Stephen McKinney sees Hannah for the first time and decides that he wants her, Hannah's first instinct is to run away. Stephen is used to getting what he wants, though, and has more in common with Hannah than she had previously thought. But can Hannah truly let a man in after the tragedy that struck her so many hears ago? In the beginning, I wasn't all that into this book or the writing. I thought that the attraction was a bit to instant for my liking, which made it hard to feel a real connection between the two characters. After we got over that hurtle and into the real meat of the story, though, I couldn't put it down. Oh my goodness, the emotions! Poor Hannah and poor Stephen for the horrific tragedies they both experienced before they met each other. It's no wonder that they're both so damaged and find it incredibly hard to trust each other and let another person into their heart. While the romance was definitely intense and emotional, there were also some lighthearted moments when it came to both of their families. A lot of times romances only focus on the couple and pretty much no one else, but thankfully not this one! Both Hannah's and Stephen's families are a HUGE part of this book and I loved how close Hannah was to her brothers and how close she grew to Stephen's family. Sure Hannah and her brothers had their struggles, but they added a whole other element to the story and I thought it was fun how Stephen had to not only prove to Hannah that he was serious about her, but also to her brothers. Overall, this was definitely an emotional read about learning to trust others after already having your heart broken once. Hannah was a great protagonist and I really loved following her story. She was inexperienced, but it wasn't constantly brought up to the point of annoyance like some stories do. If you want a romance with an irresistibly stubborn man and a sweet, humble woman, you have to check out Worth the Risk. 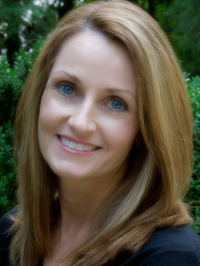 Claudia Connor is a New York Times and USA Today Bestselling author of heartfelt contemporary romance. Claudia attended Auburn University, where she received her undergraduate and masters degrees in early childhood education, and completed her studies in Sawbridgeworth, England. Always a lover of happy endings, she enjoys movies, reading, and travel, but spends most of her time typing out the love stories of the almost real people that live in her head. Claudia lives near Memphis, Tennessee, with her husband and three daughters.

Giveaway
a Rafflecopter giveaway
Posted by Jessica (Peace Love Books) at 6:29 AM