Book Review: The Year of Chasing Dreams by Lurlene McDaniel 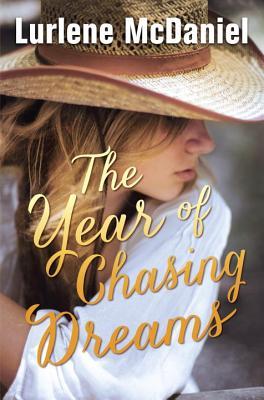 Summary: In the vein of Eat, Pray, Love, this YA novel intertwines a family saga with a grand love story and is the companion to The Year of Luminous Loveand Wishes and Dreams. For fans of Sarah Dessen's The Moon and Moreand Ann Brashares's Forever in Blue.
Ciana Beauchamp hasn't seen or heard from Jon Mercer in months. Until now. He's back in Windemere to see her. Deep down Ciana is filled with joy and relief. She's never stopped loving him. It's proof of Jon's love that he has returned, but what will their future be?When tragedy strikes, almost no one in town is left unscathed. Tragedy has a way of bringing people together, but it can also tear them apart. Ciana can hardly face her choices, but she knows she must, and there are now people who she can turn to if only she is willing.


Review: When I first read Lurlene McDaniel years and years ago, I fell in love with her utterly emotional stories dealing with love and loss. While I wasn't a big fan of The Year of Luminous Love, I thought I'd give the companion a chance to see if I could find that amazing writing again.
After losing their best friend, Eden and Ciana are forced to face reality again now that they're back from Italy. Being back, though, Ciana hasn't seen Jon Mercer in months and Eden has no idea what happened to Garrett, the Australian guy she left back in Italy. When vandals start threatening Ciana's farm, Jon shows up and moves into Ciana's house to keep watch and protect her land. With him so close, Ciana's feelings come rushing back and it's impossible to ignore their attraction. Eden, on the other hand, attempts to track down Garrett and let him know she never meant to leave him…After not loving the first book, I was hoping I would like the characters and their stories a bit more in a second novel. Sadly, their story was just as unrealistic and rushed as the first book. In the first book, I had a problem with how these girls are supposed to be 17 or 18, yet they have some serious issues with their family and get to do things normal girls don't get to do. They jetted off to Italy for three months and fell madly in love without any real development in their relationships. In this companion novel, the same thing happened. Eden literally dropped everything and flew to Australia and stayed for three months. What teenager does that? Also, both Eden and Ciana reestablished their feelings for the guys they fell in love with in the first book, but it happened so fast and was barely developed. They met and, BAM, they were madly in love again. I wanted a lot more emotional development and realistic emotions from the characters. I did, however, enjoy Ciana's life and dilemma with selling her farm. This element was very realistic in how someone was trying to buy up the farm land to build a more commercial area for the town. Of course there are going to be conflicting feelings over this, and the danger that it put Ciana in was very troubling. People vandalized her property and put her life in danger. Ciana is such a strong-willed character, though, that she'll do anything to keep her farm. Oh, and the whole mystery behind her grandmother's diaries was very interesting. I loved how she learned about her grandmother's life through those diaries and understood her mother more. Those elements made Ciana's story more realistic than her love life did. Overall, this one was more of a miss for me. I needed a more realistic teenage life and not such an excess of drama. How many bad things can happen to two girls in one novel? If you're still interested in reading this one, definitely make sure you read The Year of Luminous Love first. I hadn't read it in a while, so I was completely lost as to what was going on until I went back and reread the summary of the first novel. While this series hasn't been for me, those who don't mind some unrealistic drama would enjoy the novels more.