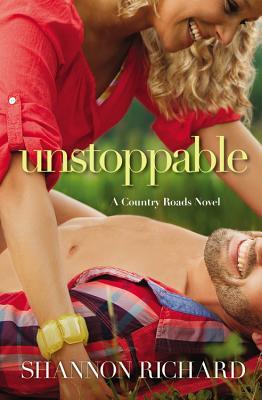 Melanie O'Bryan knows life is too short to be afraid of taking chances. And former Air Force sergeant Bennett Hart is certainly worth taking a chance on. He's agreed to help her students with a school project, but she's hoping the handsome handyman will offer her a whole lot more. Yet despite his heated glances and teasing touches, Mel senses there's something holding him back . . . Bennett Hart is grateful to be alive and back home in Mirabelle, Florida. Peaceful and uncomplicated-that's all he's looking for. Until a spunky, sexy-as-hell teacher turns his life upside down. After one smoldering kiss, Bennett feels like he's falling without a parachute. But with memories of his past threatening to resurface, he'll have to decide whether to keep playing it safe, or take the biggest risk of all.


Review: Oh, man. I absolutely devour every single Shannon Richard novel and am always left wanting so much more. Unlike the first two novels of the Country Roads series, Unstoppable explores the slow growth and realistic uncertainty of starting a relationship that isn't hot and heavy right off the bat.
After Melanie was shot by the two men who victimized their town, Bennett did not leave her side as she recovered and returned back to teaching. No matter how big of a crush Melanie has developed for Bennett, though, she knows he's just a friend she can count on for anything, and that includes helping her math class build bookcases for an entire semester. Spending so much time together, Bennett has far more than friendly feelings for Melanie, but his past still haunts him, as well as the tragedy that has scared him from ever letting anyone in again. Like I said, this book is not like the previous two books in this small town romance series, but definitely in a good way. Bennett and Melanie's relationship is slow-going and they hang out a lot as friends before things come even close to progressing towards being more than friends. That being said, though, I love how we got to see Melanie and Bennett be friends first and finally have a relationship that develops instead of having an attraction that just take of running like so many romance novels do. Not to mention that I absolutely loved how they watched Game of Thrones together. As a GoT fanatic, I understood all of the references and was way too excited whenever they would talk about it together. Nothing like a little Game of Thrones to light the flame of a relationship! Not only was their relationship so much more realistic, but Melanie's character was definitely a character I could relate to. Melanie was a high school math teacher and she didn't wear super revealing clothes or have a totally hot body that every single guy in the room stares at. No, she's just average, but Bennett saw everything in her that made her special and completely irresistible in his eyes. And when she got sick and he took care of her? A completely normal occurrence in a person's life, but one that just made me swoon. Bennett is super sweet and I loved how much he took care of Melanie and put her first in their relationship. And the cooking! A man who can cook gets an A plus in my book. I must say, though, this novel was definitely a lot more serious and emotional as well. Bennett went through some traumatic and emotional experiences when he was in the Air Force and when something happens that brings all of those feelings rushing back, his relationship with Melanie is put to the test. I was on the verge of tears at one point, and that's definitely saying something. I became very connected to Bennett and Melanie as they faced the uncertainty and shyness newly forming couples go through, which only made me love them that much more when they had to face their own demons as they attempted to let each other in by the end of the book. As much as I loved this book, though, I am beyond ecstatic to finally have Shep's story in the next book! Mmmm, more irresistible men in an addicting story where the small town is impossible not to love? Yes, please!

Oh God, who was she kidding? She’d never felt this way about any man before. Bennett was…well, infuriating to start with, but he was brave, smart, kind, funny, intense. There was nothing like having his full attention focused on her. He gave her way more than butterflies. It was like eagles were flapping around in her stomach whenever he was around. There were no flutters. They were freaking tidal waves.

Yeah, getting over Bennett was going to be way easier said than done.

Mel headed toward the supply closet at the back of her classroom where she locked up her purse in a filling cabinet. She grabbed the key and unlocked the top drawer, pulled out her purse, and slammed the drawer shut. When she turned around Bennett was standing in the doorway. Filling it completely. Mel stopped short and stared at him. His eyes were focused on her, the determination in them making all of the thoughts vacate her brain.

“I can’t leave you alone.” He came into the room and shut the door behind him. “And I’m not playing games.” He crossed the small space. “Or at least I’m not trying to.” He shook his head. “I think about you all the time.” He stopped in front of her, took the purse out of her hands, and put it on top of the filing cabinet. Then he reached up and touched her cheek. His fingers fanned out as he pushed his hand to the back of her head and tilted her face up.

Holy hell, what is happening?

She looked into his eyes, and her knees went just a little bit weak. She reached back and planted her hands against the wall, trying to find some balance, something to keep her upright, because she really didn’t want to miss this.

“Because I am interested in you, Mel.” He cupped her face with his other hand and ran his thumb across her lower lip. “Very interested.” He leaned forward and pressed his mouth to hers.

The kiss was soft and gentle at first, just his lips against hers. He took another step into her, pushing her back. When she hit the wall she gasped, and Bennett took advantage of her open mouth. He sucked her bottom lip into his mouth, and she couldn’t stop the moan that escaped her throat.

She plastered herself up against him, against every inch of his hard body. Her arms wound around his shoulders; her hands skittered up the back of his head. She opened her mouth further and his tongue touched hers. Bennett groaned as their tongues began a thorough exploration of each other’s mouths.
His hands were at the back of her head, his fingers deftly pulling out the pins that held up her bun. And then he was unwinding her hair, his hands plunging deep into her unruly curls.

“I’ve wanted to do this for so long,” he said against her mouth. “These curls of yours drive me out of my mind.”

“What stopped you?” She nipped at his lower lip.

“Pure stupidity,” he said, as he claimed her mouth again.

Holy cow, can this man kiss. I feel it everywhere, and do I mean everywhere! He had her toes curling in her shoes, all manner of body parts tingling where they were pushed up against his, and his hands were magic in her hair. One of his hands drifted down to her side. He touched her hip for a second before his hand slid to the small of her back. He held her to him, but really, she wasn’t going anywhere.

“Mel,” a voice called out from her classroom. “Are you here?”

There were only a few things that could bring Mel back to reality with the snap of a finger. The sound of her little brother’s voice was definitely one of them.

“Oh crap, it’s Hamilton,” Mel gasped, pulling back. Bennett’s hand was behind her head, and it prevented her from hitting the wall. “I’ll be right out!” she answered Hamilton, unable to completely cover up the breathy edge to her voice.

Bennett nodded. He let go of her reluctantly, and took a step back. “You’re going to have to give me a minute before I can go out there,” he said, clearing his throat uncomfortably.

Actually, she was going to need a minute, too. She knew her hair was everywhere, and she had a feeling Bennett’s scruffy jaw had left its fair share of marks on her face. Not to mention her thoroughly swollen lips. 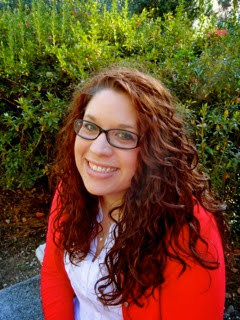 Tourwide Giveaway
a Rafflecopter giveaway
Posted by Jessica (Peace Love Books) at 6:43 AM