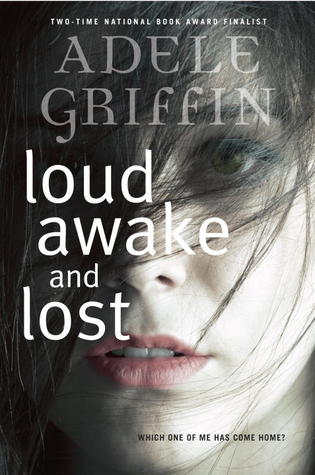 Summary: LOUD. There was an accident. Ember knows at least that much. She was driving. The car was totaled. She suffered back injuries and brain trauma. But she is alive. That's the only thing left she can cling to.
AWAKE. Eight months later, Ember feels broken. The pieces of her former self no longer fit together. She can't even remember the six weeks of her life leading up to the accident. Where was she going? Who was she with? And what happened during those six weeks that her friends and family won't talk about?LOST. One by one, Ember discovers the answers to these questions, like a twisted game of dominos. And little by little, the person she used to be slips further and further away.In the wake of her critically praised young adult psychological thrillers,Tighter and All You Never Wanted, National Book Award finalist Adele Griffin has created another triumph. Loud Awake & Lost is an unflinching story of loss and recovery.

Review: After reading All You Never Wanted by Adele Griffin, I knew she can come up with some pretty powerful, serious writing. So going into this one, I was ready for a story that dealt with some heavy, mind-provoking experiences.
Eight months ago, Ember was in a car accident. Now, she's finally going home and facing a life where she lost the memory of the 6 weeks before her accident. And from what she hears, a lot had changed in those six weeks. Ember tries to go back to normal, but she knows those six weeks hold so much more and she finds herself gravitating towards that person she had changed into, a person who's a complete stranger to her. Fighting between her familiar life and this new life, Ember tries to uncover those lost six months and finally decide who she really wants to be. When I started this book, I really had no idea where it was going to go. Honestly, I didn't even know what it was about. It had come in the mail for me from the publisher and when I needed a book to read next, I decided to pick it up without even reading the back. And let me tell you, Ember's life is pretty…confusing. This girl goes through so much! She had to spend 8 months relearning how to walk and use her body, all while talking to shrinks and psychiatrists to deal with the mental part of being in the car accident. Oh, and throw in the mystery of what exactly had happened during the 6 weeks before the accident where she completely changed, and Ember definitely has a lot to figure out in her life. What I liked about this book was how the reader was as in-the-know on Ember's situation as Ember was, so we discovered the mystery of those missing 6 weeks along with her as she had more flashback memories of that time. Ember is rediscovering this new life she had started to build before the accident, which only reinforces how right she was in following that path the first time all of those months ago. The only downside to this book is that there were some pretty slow moments. The ending, though, definitely makes this book as enjoyable as I found it. I love how everything turned out and how Adele Griffin really plays with your mind as you go through the story. I don't know how she does it, but it was definitely an experience reading about Ember's post-accident life. If you're looking for a book that'll toy with your mind a bit, I'd definitely say you should check out something by Adele Griffin!