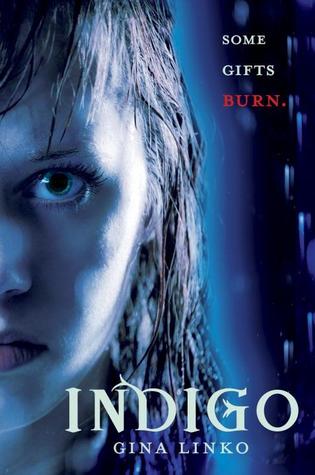 Summary: A gift?
A curse?A moment that changes everything. . . .Caught in an unexpected spring squall, Corrine's first instinct is to protect her little sister Sophie after a nasty fall. But when Corrine reaches out to comfort her sister, the exact opposite occurs. Her touch--charged with an otherworldly force and bursting with blinding indigo color--surges violently from Corrine to her sister. In an instant, Sophie is dead. From that moment on, Corrine convinces herself that everyone would be better off if she simply withdrew from life.When her family abruptly moves to New Orleans, Corrine's withdrawal is made all the easier. No friends. No connections. No chance of hurting anyone. But strange things continue to happen around her in this haunting, mystical city. And she realizes that her power cannot be ignored, especially when Rennick, a talented local artist with a bad-boy past, suggests another possibility: Corrine might have the touch. An ability to heal those around her. But knowing what happened to her sister, can Corrine trust her gift?


Review: Looking at this cover, I still don't know why I picked this one up. I'm sorry, but this cover just did not beg me to pick it up off the shelf. But it was sitting on my TBR pile at home and I decided, why not? I'm so glad I gave this a try despite the not-so-pretty cover, because it ended up having a pretty great story inside.
When Corrine and her sister Sophie are caught in a storm, Corrine immediately reaches out to save her sister. Instead of saving her, though, Corrine's touch causes a strange power to surge through Sophie, leaving her dead and Corrine to live with the guilt. In order to escape her haunted past, Corrine and her family move to New Orleans to start a new life where Corrine can withdraw and never hurt anyone again. What she doesn't expect to find, though, is Rennick, a boy who seems drawn to her as much as she's drawn to him. Soon, Corrine learns that Rennick knows more about her strange powers than she knows herself, and he may just have some powers of his own. Wow, this book was pretty cool. Okay, I admit, the romance really made this one for me. Rennick is just so gosh darn amazing. No matter how stubborn Corrine is or how much she runs away, he'll always be there for her and hetruly wants her to discover more about herself with her mysterious powers. In regards to the part of the novel where Corrine has strange powers and is harboring the guilt over how she thinks she killed her sister, I thought Corrine's abilities was a cool take on your typical superhero/superpower novel. No one really knew what exactly Corrine's abilities were, who she could hurt, or who she could help. As she discovers more about herself, she also discovers more about others who may have been in her situation, with Rennick's help of course. You really didn't know when she would push herself, or someone she tries to help, over the edge. The only problem I had with this one was that some things were a bit rushed and thrown in at random to make the story move along in the direction the author was trying to go. If you overlook that little detail, though, this was a really great story. There's romance (a good romance that develops, grows, and ends up being super sweet), some mystery, and a supernatural element that makes this book impossible to put down. If you've got some extra time, I'd definitely recommend checking out a copy of Indigo to see for yourself the great story that's held inside.