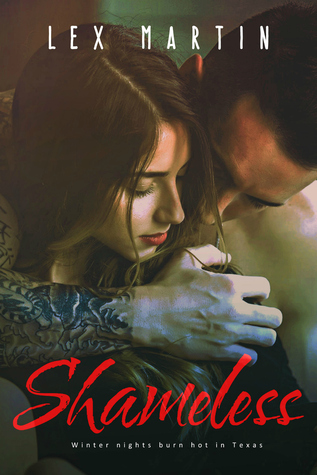 Brady…What the hell do I know about raising a baby? Nothing. Not a goddamn thing. Yet here I am, the sole guardian of my niece. I’d be lost if it weren’t for Katherine, the beautiful girl who seems to have all the answers. Katherine, who’s slowly finding her way into my cynical heart. I keep reminding myself that I can’t fall for someone when we don’t have a future. But telling myself this lie and believing it are two different things. Katherine…When Brady shows up on a Harley, looking like an avenging angel—six feet, three inches of chiseled muscle, eyes the color of wild sage, and sun-kissed skin emblazoned with tattoos—I’m not sure if I should fall at his feet or run like hell. Because if I tell him what happened the night his family died, he might hate me. What I don’t count on are the nights we spend together trying to forget the heartache that brought us here. I promise him it won’t mean anything, that I won’t fall in love. I shouldn’t make promises I can’t keep.

I have been recommended Shameless so much in the last year and I just never picked it up. When my Youtube channel subscribers chose it as the "pick what I read next" book for November, I was SO excited. Now I had no excuse not to pick up this book that sounded emotional and amazing!Brady's world turns upside-down the moment he hears his brother and sister-in-law died in a car accident. Brady finds himself taking his Harley and pulling up to the farm his brother owned. Katherine doesn't know what to think of the bad boy on the motorcycle who pulls up to her best friends' farm, but the last person she expects it to be is Brady, so different from his recently deceased brother. Katherine has been taking care of Brady's orphaned, infant niece and the farm her best friends left behind while trying to cope with guilt and grief over the accident. Brady and Katherine feel an instant connection as Brady tries to learn how to take care of his niece, but they both know their futures are leading them down two different paths. Can they really leave each other at the end of this without breaking their hearts in the process? I'm not sure what I expected going into this one, but OH MY GOSH. From the beginning of this book when Brady learns that his bother died, this book hits you with intense emotion. Brady was already feeling so unsure of what he wanted to do with his future and working for his dad's company, and then he's forced to confront the life his brother had made that he had so vehemently disagreed with. And can we talk about the adorable Isabella?? Oh my gosh, his niece was ADORABLE and I felt so warm and gooey inside as I watched Brady take on the father role like he was born to do it. What also made this book so emotional was the fact that both Brady and Katherine were feeling guilt over the accident and realized they could seek solace in each other. When they started to feel stronger emotions and attraction for one another, they didn't know if it was because of their grief or if they were actually real emotions. And even if they were real emotions, Brady was going back to Boston and Katherine had to figure out what she was doing with her life. There was just so much to figure out with these two characters and I just wanted to give them a big hug and tell them everything was going to be okay. In the end, I can't believe it took me this long to finally pick up this book. This was not at all what I was expecting, but I ended up falling so hard for the story and the characters. We got a tatted biker who falls into the single dad life and I could NOT get enough of Brady. Katherine was also such a likable, relatable character and I was rooting for Brady and Katherine to be together the whole time. You definitely have to pick up Shameless if you haven't already!