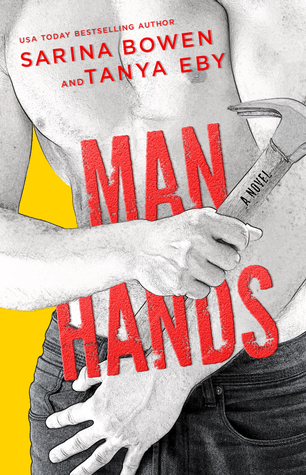 He puts the "screw" in screwball comedy...BRYNNAt thirty-four, I’m reeling from a divorce. I don’t want to party or try to move on. I just want to stay home and post a new recipe on my blog: Brynn’s Dips and Balls.But my friends aren’t having it. Get out there again, they say. It will be fun, they say. I’m still taking a hard pass. Free designer cocktails, they say. And that’s a game-changer. Too bad my ex shows up with his new arm candy. That’s when I lose my mind. But when my besties dare me to leap on the first single man I see, they don't expect me to actually go through with it.TOMAll I need right now is some peace and quiet while my home renovation TV show is on hiatus. But when a curvy woman in a red wrap dress charges me like she’s a gymnast about to mount my high bar, all I can do is brace myself and catch her. What follows is the hottest experience of my adult life. I want a repeat, but my flying Cinderella disappears immediately afterward. She doesn’t leave a glass slipper, either—just a pair of panties with chocolate bunnies printed on them. But I will find her.

What I have learned from reading Sarina Bowen's books is that I love her independently written books, but her co-written books are hit or miss for me. While I was excited to read this book because of how fun it sounded, the "fun" was a bit over the top for my liking. After divorcing her husband and losing her job because her ex's dad was her boss, Brynn is in a funk. While trying to find a new job, she's immersed herself in her food blog and cookbooks. Her friends, though, want her to put herself out there again and go crazy, so they drag her along to a party where Brynn finds herself launching herself at the hot gardener. Little does she know, he's a bit more than a gardener…he's Mr. Fix-It Quick. Okay, so starting out, this book was definitely a bit dramatic for my taste. I mean, the couple meets because Brynn literally throws herself at Tom just by looking at him. And Tom just goes with it. Um, what? These characters were fun, but being in their minds was just too absurd and I could not believe anything that was happening. There were too many balls jokes and they constantly were thinking things that they hadn't even realized they said aloud to one another. Does that even happen in real life!?! Ugh. And EVERYONE talked about how Brynn wasn't thin. I get it. She's not the stereotypical skinny girl we almost always see in books. You don't have to beat me over the head with it. I did, though, enjoy Brynn and Tom's relationship and how much they lusted after each other. It was fun when they didn't know when they crossed the line between lust and love and if, because of their pasts, they could really love someone again and trust that easily. But, again, I found myself distracted by the outrageous characters and the funny moments that just seemed like they were trying too hard to be funny. In the end, I actually started to enjoy this book, but I couldn't get over how extreme the humor was. From the other reviews so far it seems like people really enjoyed the humor of this book, but it just wasn't for me.