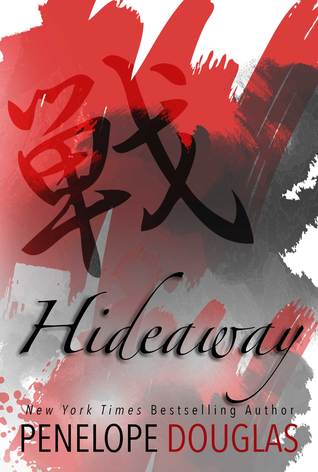 DEVIL'S NIGHT is returning! Hiding places, chases, and all the games are back... BANKSBuried in the shadows of the city, there’s a hotel called The Pope. Ailing, empty, and dark—it sits abandoned and surrounded by a forgotten mystery.But you think it’s true, don’t you, Kai Mori? The story about the hidden twelfth floor. The mystery of the dark guest who never checked in and never checks out. You think I can help you find that secret hideaway and get to him, don’t you?You and your friends can try to scare me. You can try to push me. Because even though I struggle to hide everything I feel when you look at me—and have ever since I was a girl—I think maybe what you seek is so much closer than you’ll ever realize.I will never betray him.So sit tight.On Devil’s Night, the hunt will be coming to you.KAIYou have no idea what I seek, Little One. You don’t know what I had to become to survive three years in prison for a crime I would gladly commit again.No one can know what I’ve turned into.I want that hotel, I want to find him, and I want this over.I want my life back.But the more I’m around you, the more I realize this new me is exactly who I was meant to be.So come on, kid. Don’t chicken out. My house is on the hill. So many ways in, and good luck finding your way out.I’ve seen your hideaway. Time to see mine.

IS THIS REAL!?!?! DO WE REALLY FINALLY HAVE HIDEAWAY!?!?! That was pretty much my reaction when an e-arc of Hideaway popped up on my kindle. This is definitely my most anticipated release of this year and Kai was hands down my favorite character of Corrupt, so I could't wait to finally read his story!Kai and Banks are very different from the people that they were six years ago when they first met. Now, with Damon in hiding and another Devil's Night approaching, Kai and Banks enjoy playing a little, dangerous game with one another, a game that neither one of them are backing down from anytime soon. Like I said, I freaking loved Kai in Corrupt. While I enjoyed Rika and Michael, I wasn't head over heels for Michael. Kai, on the other hand, had my heart and stole it even more in this book. Like the other horsemen, Kai is pretty broken and has so many dark secrets and demons that he's fighting. Banks was such a refreshing, strong yet soft character to balance out Kai's dark side. I loved how much they challenged each other and pushed each other over the edge. This is definitely a dark book, but there were some pretty steamy parts to lighten up the story. Speaking of dark, there was so much suspense in this book, just as much as book one, and I was FREAKING out at parts. I literally sat up straight and had my nose practically stuck to the page. I did think the end happened a little too fast, but I still felt my heart pumping for the last 15% of the book. There were so many twists and turns in this book and, while I saw some of them coming, this book still kept me guessing along the way. And I loved how we still got a lot of depth with all four of the horsemen and not just Kai. I started to really like Will's character, enjoyed seeing more of Michael, and am intrigued by what we got from Damon's character. All I can say is, where is book three!?!? If you love a dark, gritty, steamy romance, you have to pick up the Devil's Night series. The moment you lay eyes on the first page, you will be hooked on these gorgeous, dangerous, broken men and the women who test them and put them in their places.