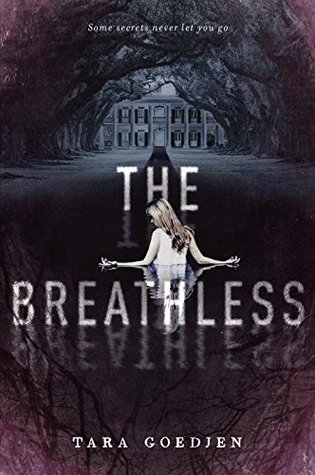 No one knows what really happened on the beach where Roxanne Cole’s body was found, but her boyfriend, Cage, took off that night and hasn’t been seen since. Until now. One year—almost to the day—from Ro’s death, when he knocks on the door of Blue Gate Manor and asks where she is.Cage has no memory of the past twelve months. According to him, Ro was alive only the day before. Ro’s sister Mae wouldn’t believe him, except that something’s not right. Nothing’s been right in the house since Ro died.And then Mae finds the little green book. The one hidden in Ro’s room. It’s filled with secrets—dangerous secrets—about her family, and about Ro. And if what it says is true, then maybe, just maybe, Ro isn’t lost forever.And maybe there are secrets better left to the dead.

I must say, I have strayed away from YA lately because I can't seem to connect with the characters. When I read the synopsis for this mystery/thriller, though, I was so intrigued and had to take a chance on it. When Ro Cole died, no one knows who did it or why she was murdered. All they know is that her boyfriend, Cage, disappeared the day she died and hasn't been seen since. Everyone speculates that Cage did it, but no one has heard from him in over a year. Until now. Cage wakes up in the hospital with no recollection of the past year. When Cage runs into Mae, Ro's sister, he's adamant that he last saw Ro alive. Mae doesn't want to believe him, but she found a strange green book that makes Ro's death more mysterious than ever. What really happened to Ro that night and will Mae uncover her big sister's secrets, or will she be left with even more questions than before? I've got to say, this book was hard to get into when I first started it. The point of view is third person, but it jumps between different characters in the present and then new characters in the past. It was hard to feel attached to any character and it was really hard to keep track of who was who and what was going on. Once I got into the story, it was a little easier to follow. I only really felt engaged when Cage finally showed up not knowing what had happened over the past year. While this book was marketed as a suspense, the story felt very lackluster while I reading it. I wasn't scared or horrified or thrilled, but I didn't hate the story. I think some of the scenes that were supposed to be scary were just normal scenes to me that didn't do anything. It wasn't a horrible read, but nothing made me react strongly. I think that mostly had to do with how slow the pace of the book was and how long it took for anything remotely "scary" to even happen. Overall, this one isn't as thrilling or scary as I hoped it would be. The author's writing style made it hard to connect or care about the characters and the slow pace made the thrilling moments not so thrilling. While this wasn't a bad read, it was hard to find the motivation to pick it up since I wasn't loving it like I wanted to.