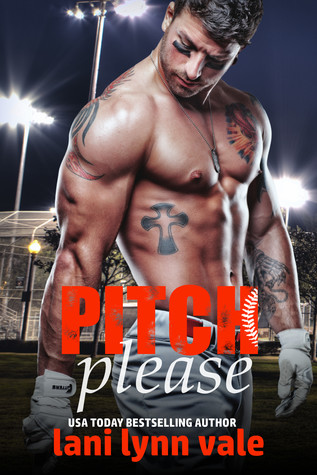 Baseball is life, the rest is just details.

Everyone who’s played the game has heard those words a time or two. But Hancock has heard them his entire life from his parents. His family has lived and breathed baseball even before he started little league.

Hancock “Parts” Peters has a name that inspires grins across many faces, but the moment those faces get their first look at him, those grins slide away.

Hancock is gruff, filterless, and doesn’t give a crap who he offends. He is the only man in baseball who doesn’t care if he gets an endorsement or not. He’s there to play the game. He’s there to win. He’s there because baseball is his life.
People think he’s a jerk.

And maybe he is. But if that’s how he has to come off to get people to leave him the hell alone so he can play in peace, so be it. The less people he has to worry about offending, the better.

Don’t let the fear of striking out hold you back.

Sway Coffman didn’t mean to rock the boat. She was just there to do her job.
Sure, she was a woman in a man’s world. Yes, she beat out several of those men to get the job as head athletic trainer for the professional baseball team, The Texas Lumberjacks. And yeah, she now got hate mail from those men.

But she’s good at her job, and she earned the position.

What she is not good at, however, is talking to men.

Men seem to see her curvy hips, large breasts and thick thighs and automatically think she is incompetent. Because surely a fat girl couldn’t get the job treating some of the most fit and athletic men in the world, right?

This fat girl got the job, and she is proud of it.

What else did she get?

The attention of the sexiest bearded man she’d ever had the pleasure of laying eyes on.
It was enough to bring to her down to her knees…in front of that man, the hot and grumpy baseball player, Hancock Peters.

A BASEBALL ROMANCE. Out of all of the sports, baseball romances are by far my favorite. When I read the synopsis, I knew that I had to read this book. I love how the main character is a curvy woman and holding her own in a man's world. And the fact that she catches the attention of the brooding, bearded baseball player has me dying. I can just feel that I am going to love this book and I need it in my hands right now!
Posted by Jessica (Peace Love Books) at 6:00 AM