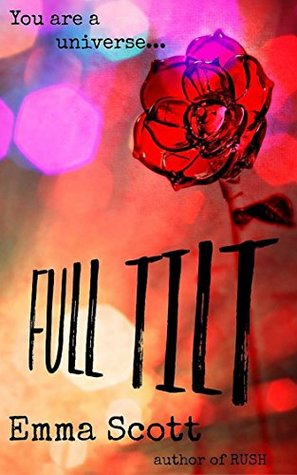 "I would love you forever, if I only had the chance..." Kacey Dawson has always lived life on the edge--impulsively, sometimes recklessly. And now, as lead guitarist for a hot up-and-coming band, she is poised at the brink of fame and fortune. But she is torn between wanting to be a serious musician, and the demons that lure her down the glittering, but alcohol-soaked path of rock stardom. A wrecked concert in Las Vegas threatens to ruin her career entirely. She wakes up with the hangover from hell and no memory of the night before, or how she ended up on her limo driver’s couch... Jonah Fletcher is running out of time. He knows his situation is hopeless, and he's vowed to make the most of the handful of months he has left to him. His plans include seeing the opening of his glass installation at a prestigious art gallery…they do not include falling in love with a wild, tempestuous rock musician who wound up passed out on his couch. Jonah sees that Kacey is on a path to self-destruction. He lets her crash with him for a few days to dry out and get her head on straight. But neither of them expected the deep connection they felt, or how that connection could grow so fast from friendship into something more. Something deep and pure and life-changing…something as fragile as glass, that they both know will shatter in the end no matter how hard they try to hold on to it. Full Tilt is a story about what it means to love with your whole heart, to sacrifice, to experience terrible grief and soaring joy. To live life with all its beauty, and all its pain, and in the end to be able to smile through tears and know you wouldn’t have changed a thing.

For some reason, I decided to torture myself by reading a bunch of super sad books in a row, including Full Tilt. I was warned to have tissues prepared, but I didn't expect to fall for these characters as deeply as I did. Ever since she left home and was not welcomed back, Kacey Dawson has lived life on the edge as the guitarist for an up-and-coming girl band. Lately, though, Kacey has felt her life spiraling out of her control. Jonah Fletcher has a timetable to stick to if he wants to finish his project on time. Rescuing a drunk rock star and letting her crash on his couch is definitely NOT in his timetable. But Jonah sees the broken side of Kacey and knows that he can help her heal. Kacey is completely taken with Jonah and his dedication to his project, but can she risk him falling behind to satisfy her own selfish reasons? When I started this, I never read the synopsis, so I was surprised to find that Kacey was in a girl band and lived this hardcore party lifestyle. I think that's why she fell so hard for Jonah so quickly; she needed to be saved. The romance is hard to explain because it was slow burn and instant at the same time. There are obvious feelings brewing between Jonah and Kacey from the start, but they really don't act on those feelings for a long time. I really appreciated how these two characters just clicked, but they spent time together and really got to know each other before trying to turn it into something more. Jonah was definitely one of my favorite characters I've ever read. His situation was so hard but I admired his special talents and how sweet and enamored he was. It think that's why this book hit me so hard in the gut. I got so connected to these characters and really didn't want anything to happen to them. I loved how much both Jonah and Kacey changed and grew for the better all because they had entered each other's lives. While this book completely destroyed my heart, I still loved every second of it. A book that can so utterly capture my emotions is something special, and this book was definitely special. With such unique characters that genuinely pull on the heartstrings, you have to pick up this emotional, lovable novel.