Book Review: Next to Never by Penelope Douglas 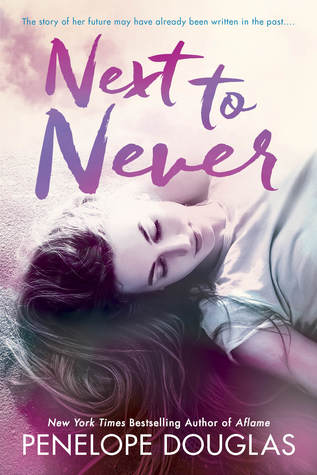 New York Times bestseller Penelope Douglas introduces Quinn, younger sister to Jared, Madoc, and Jaxon, in the latest novella in the series that began with Jared and Tate in Bully....

Her father, Jason, and her three older brothers, Jared, Madoc, and Jaxon.

Under the close watch of the men in her family, Quinn has found it nearly impossible to spread her wings—or even date—without them jumping in to hover. And when a family friend—several years older—from her childhood captures her heart, she knows they’re going to be a problem. Lucas Morrow is a man—experienced, sophisticated, and important. And knowing her brothers, he may as well be forbidden.

But Lucas left town years ago and shows no signs of returning. Quinn knows she shouldn’t wait for him anymore.

But then a package turns up on her doorstep with no return address and its contents reveal family secrets that threaten to turn Quinn’s world upside down. She’s never asked about the tumultuous path of her parents’ romantic history, but she soon learns their happy marriage had a very rocky and passionate start.

As she begins to see things around her with new eyes, Quinn will have to make tough choices about whether she’ll keep waiting…or finally go after what she really wants.

I finished reading this series last year and absolutely loved every single book and character that Penelope wrote. With such addicting romances, I was so excited to see that Penelope was releasing a new novella in the series. And that cover?! I knew I had to read it ASAP!As the baby sister to three much older boys, Jared, Madoc, and Jaxon, Quinn is used to having a big family who would always have her back. Having so many overbearing men in her family, though, means that they are all protective to the extreme. When a package shows up on her doorstep with no return address, Quinn can't help but wonder if it's from Lucas, the guy she's always loved who's been gone for two years. From the first page, Quinn is sucked into the story of the couple who wanted to be together but could never just give themselves to one another. Quinn thinks about romance and relationships in a new way, and has to decide what she wants to do about her own life. If you love the Fall Away series, you are going to absolutely love this book. All of the characters from the series are now adults with kids who are in high school, so you get to see them as parents and fall in love with them all over again. The kids are so much fun and have tons of drama on their own, which I loved seeing. And with Quinn as the baby sister, you got to see the men you fell head over heels for in their own books as adorable, overprotective big brothers. It was like saying hi to old friends and I loved every minute of it. This was a story within a story, so we got a lot of the book that Quinn was reading and got to follow the love story of a couple who wasn't meant to be together and couldn't actually be together. You follow them over a long time and actually get to see moments that happen in the previous novels of this series from a different perspective. It was cool being able to get a different look at the stories that I love and understand some of the decisions that certain characters had made. Every single person who has read the Fall Away series needs to read this novella. You get the characters you know and love, as well as a new set of characters that you'll fall in love with as well. I am dying for another book in this series (*cough* Quinn and Lucas *cough*) and more time in this world. If you haven't even started this series yet, get your hands on Bully and fall into an addicting series you won't be able to put down.