Sydney Walker’s new job is perfect. As the live-in nanny to the most famous quarterback in the NFL and his beautiful wife, she couldn’t have it any better. Their kids are adorable. Her bosses are more than generous. Plus, there are hot football players at the house all the time. Life can’t get much better than this. Until her life turns into an absolute nightmare. The media is abuzz with rumors that she and her boss Drew Callahan are having a torrid affair. Everyone knows the truth—except the public. So Drew’s wife Fable comes up with the perfect idea. She creates a fake relationship between Sydney and one of the rookie players on Drew’s team. Wade Knox is forever indebted to Drew and Fable and readily agrees to the set up. Pretending to be in a romantic relationship with the hot nanny for a week—how hard can it be? Crazy how it only takes one week for two people to fall head over heels in love…

I've only read one book in the One Week Girlfriend series, but I really enjoyed it. I know that this is book four in The Rules series and crosses over with some characters from the other series, but I was still able to enjoy the story as a newbie to the world and the characters. After having a falling out with her family, Sydney Walker can't believe she gets the job as a nanny for a famous pro football player and his wife. While Sydney has no experience with kids, she's grateful for the job and really enjoys the family she's working for. But when photos of Sydney and her employer are taken the wrong way, they decide that Sydney needs to start a fake relationship with Wade Knox, a rookie player who feels like he owes his life to Sydney's employers, and he readily accepts. Wade and Sydney find that they have an instant chemistry, but they know that what they have is only pretend. Or is it? Right away, I was so excited to read a book about a girl pretending to be in a relationship with a hot new football player. I liked Sydney well enough, but I didn't feel as connected to her as I normally am with the main character of a book. Sydney was really spoiled growing up and I found it hard to believe that she had turned around as drastically as she said she did. She was pretending to go to college while taking her parents money because she was a spoiled brat. They cut her off and now she's humble and self-efficient? That seemed a bit extreme to me. While I enjoyed Sydney and Wade's relationship, it did have the cliche "do they like me really or is it all part of the act?" that fake relationship stories have. I did think that Wade was sweet and I liked learning about his back story, but I wish that we got more to Wade and what he really went through. We got some surface glimpses, but I didn't feel like I really got to know Wade in the story. Overall, I felt like the characters were nice but they could have used more depth and development. The relationship was sweet, but it did have a bit of the cliche fake-romance-to-real-romance stories have. You might enjoy this book more if you're a follower of the series and want to catch up with the old couples and watch a new couple come together. 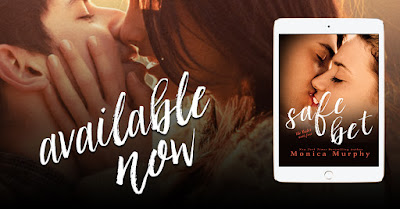