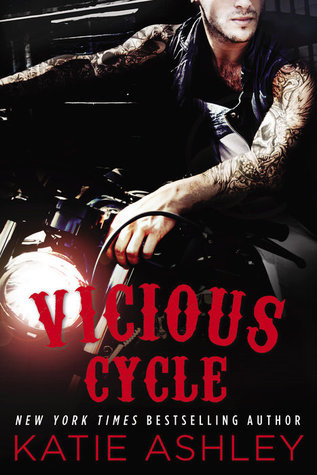 Deacon Malloy’s life is dedicated to the Hell’s Raiders motorcycle club. Tough, hard, and fast with his fists, he serves the group as sergeant at arms. But his devil-may-care approach to life is thrown for a loop when the five-year-old daughter he never knew existed lands on the club steps.

Alexandra Evans is devoted to all her students—but there’s always been something about Willow Malloy that tugs at her heart. There’s an aura of sadness about her, a girl in need of all the love Alexandra can give. When Willow stops coming to school, Alexandra’s search leads to a clubhouse full of bikers…and a father hell-bent on keeping his daughter always within sight.

The moment Deacon sees Alexandra, he has to have her in his bed—and he’s never met a woman yet who couldn’t be persuaded. No matter how attracted she is to Deacon, Alexandra refuses to be just another conquest. But it’s Deacon himself who could be seduced—into a brighter future for himself, his daughter, and the woman he’s falling for against all odds.

Before going into this one, I wasn't sure if I was a motorcycle romance fan or not. I had read a few Kristin Ashley books and really enjoyed them, but would I like Katie Ashley's series? While it is definitely a certain taste, I am glad to report that I love motorcycle romances!Deacon's life is his motorcycle club and he has no time for anything or anyone else. But when his five year old daughter, who he had never known existed, shows up on his door step in danger, Deacon finds himself drawn to the little girl. Alexandra Evans is a devoted teacher, so when one of her students stops showing up, she goes to investigate where she is. The last thing she expects is to find Deacon, a big, bad, irresistible man who refuses to let his daughter return to school. Alexandra decides to tutor the little girl at home, which means spending more and more time with her student's tough and dangerous father who doesn't seem so dangerous as he starts falling for Alexandra. As a teacher myself, I love it when I find a romance where the main character is a teacher. Alex is so passionate about teaching and making sure that Deacon's daughter, Willow, has the education she deserves. And how freaking cute was Willow? While Deacon was understandably harsh to his daughter because of who he was and how he hadn't even known he was a father until she was five, I loved seeing how he grew softer towards Willow as the book went on. Both Willow and Alex had a positive impact on Deacon and it was interesting watching him change and grow as a man. Since this is a motorcycle book, there is very real danger and threat to not only Deacon, but to those he chooses to let into his life. It was so sad how much danger Willow was in, which was why Deacon had to keep her home and not at school at all times. But this just helped show Deacon's softer side when he appeared to be hard and unlikable on the outside. I also enjoyed seeing his softer side towards Alex as she broke down his bad biker persona. Overall, I really enjoyed the first book in the Vicious Cycle series. I have the next two sitting on my shelf and I can't wait to pick them up! If your a motorcycle romance fan, you have to check out Katie Ashley's series!