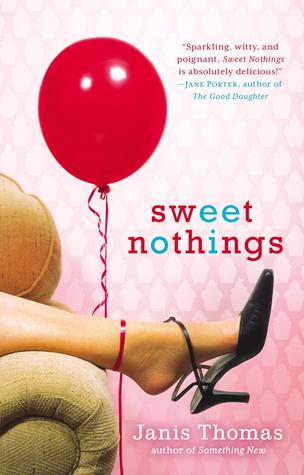 Summary: Life’s sweetest moments happen when you least expect them . . .
When Ruby McMillan’s husband announces one morning that he’s dumping her for another woman, she’s unable to decide which indignity stings the most: the dissolution of their eighteen-year marriage or the deflation of her white-chocolate soufflé with raspberry Grand Marnier sauce. Without a good-bye to their two teenaged children, Walter leaves Ruby to cope with her ruined dessert, an unpaid mortgage, and her failing bakery.With only royal icing holding her together, Ruby still manages to pick herself up and move on, subsidizing her income with an extra job as a baking instructor, getting a "my-husband’s-gone” makeover, and even flirting with her gorgeous mortgage broker, Jacob Salt. For as long as she can remember, Ruby has done what’s practical, eschewing far-fetched dreams and true love in favor of stability. But suddenly single again at the age of forty-four, she’s beginning to discover that life is most delicious when you stop following a recipe and just live.

Review: Sweet nothings? More like sweet everythings! When I read the summary for Sweet Nothings and saw that it was about a baker whose husband leaves her, I was excited. Baking in a book? Yes please!
Ruby McMillian thought she was living the perfect, quaint life. She has a stable husband, two kids, and a bakery where she gets to do what she loves all day long. Sure, there's no real passion with her husband, but who needs that? Well, apparently he does. One morning, Ruby's husband tells her he's leaving her because he's found his "soul mate," Cheryl who works in the same office as him. Leaving Ruby with no money in their joint account, a mortgage that he hasn't paid, and two confused kids, her husband sets off on his "adventure of a lifetime" with his new soul mate. After a brief breakdown, Ruby manages to pick herself back up and try to solve her problems. But with everything she's left with, the bakery is in jeopardy. Soon Ruby finds herself taking on the job as a baking instructor, letting her daughter give her a complete makeover, and flirting with the gorgeous mortgage broker Jacob Salt. Ruby finds herself discovering a life she never thought could happen. Like I said, this book was just so sweet. I loved Ruby, especially considering she had to deal with a lot of crap thrown her way in a small amount of time. Sometimes, characters can appear whiney about their lives and do nothing but complain. Thankfully, Ruby let's herself have the acceptable breakdown, but then she picks herself up and truly tries to make things work. And I love how her husband leaving her makes her realize things about her life she hadn't really notice before until he was gone. Not to mention her sarcastic attitude makes this a very entertaining read. I also really liked how Jacob Salt was introduced into the picture. Ruby didn't immediately go out and find herself a new man. In fact, she did everything in her power to try to ignore the attraction she felt for Jacob when they met because she felt like it was too soon after being dumped by the man she was married to for 18 years. So while the romance was definitely there, it was tastefully interjected into the story. Not only were Ruby and Jacob perfect, but the other characters all had their special little place in the story. Ruby's kids were great and each added a little more to the story, whether it was her son's typical teenager comments or her daughter's fashion advice, they were integral in Ruby's story. Also, Ruby's coworkers were so quirky and were all absolutely perfect for the bakery. All of the characters were unique in their own way, which gave the story a whole lot more to like aside from the main character. In the end, I really enjoyed Sweet Nothings. I loved how Ruby assigned a dessert to match the personality of everyone she met, and how she would come up with "stressipes" whenever she was in a particularly stressful situation. Mmmm all I wanted to do is find myself a big chocolate chip cookies to munch on while I was reading this one. If you're in the mood for a good contemporary romance that'll make your sweet tooth beg for some baked goods, I'd say this is the perfect book for you!