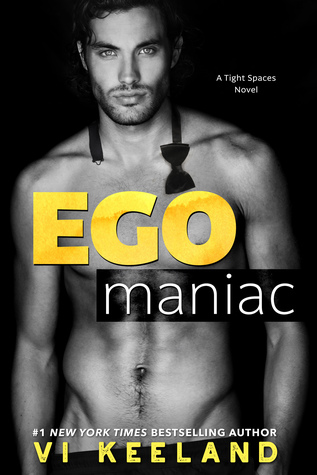 The night I met Drew Jagger, he’d just broken into my new Park Avenue office. I dialed 9-1-1 before proceeding to attack him with my fancy new Krav Maga skills. He quickly restrained me, then chuckled, finding my attempted assault amusing.    Of course, my intruder had to be arrogant. Only, turned out, he wasn’t an intruder at all.    Drew was the rightful occupant of my new office.  He’d been on vacation while his posh space was renovated. Which was how a scammer got away with leasing me office space that wasn’t really available for rent.   I was swindled out of ten grand.  The next day, after hours at the police station, Drew took pity on me and made me an offer I couldn’t refuse.  In exchange for answering his phones while his secretary was out, he’d let me stay until I found a new place. I probably should have acted grateful and kept my mouth shut when I overheard the advice he was spewing to his clients.  But I couldn’t help giving him a piece of my mind.  I never expected my body to react every time we argued.  Especially when that was all we seemed to be able to do.  The two of us were complete opposites. Drew was a bitter, angry, gorgeous-as-all-hell, destroyer of relationships.  And my job was to help people save their marriages.  The only thing the two of us had in common was the space we were sharing.   And an attraction that was getting harder to deny by the day.

The minute I finished this book, I shoved it in my sister's hands and told her she had to read it. Does that tell you how I felt about this book? Yeah, I loved it. The first time Emerie met Drew Jaggar, she thought he was a burglar who broke into her office. Little did she know, she was actually conned into "renting" Drew's office. Out thousands of dollars, Emerie has no idea what she's going to do. Drew is intrigued by Emerie from the moment he meets her and feels a pull towards her. Drew offers to share his space, space he has refused to share with anyone else, if she answers his phones and helps out with his schedule. Emerie is grateful and excited to be able to stay, even if it means hanging around the egotistical divorce attorney. No matter how different Drew and Emerie may seem, the more they spend working with each other, the stronger their attraction builds and the harder it is to deny it…Oh man, from the moment that Drew and Emerie met I was totally hooked on this story. While it isn't a full out rom-com, I laughed out loud so many times in this book and was so addicted to Drew and Emerie's banter. This all stemmed from a friendship the two formed while working and I think that's why I loved their relationship so much. Sure they were attracted to each other, but they only started to really develop feelings for each other after hanging out and just enjoying each other's company. Drew would play jokes on Emerie and Emerie would just be there to help out when Drew needed it. *sigh* It was perfect! While there were some more steamy scenes in this book, this was definitely all about the relationship and not necessarily the physical side. And while there was another guy that Emerie was interested in, it was a very realistic and not an over-the-top love interest that was there just to act as a conflict for the plot. Every moment of this book was pure perfection and all I can say is that I definitely want a guy as fun and sweet as Drew in my life!This was my first Vi Keeland book and is definitely not going to be my last! This is already one of my favorites of 2017 and I see it staying on that list until the end of the year. This was so much more than a romance and I just loved the characters and the fun friendship they formed. I cannot wait to pick up more from Vi Keeland! If you want a fun, refreshing, and just all around perfect romance, you have to pick up Egomaniac!