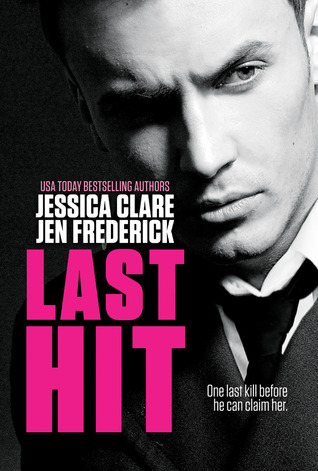 Nikolai I have been a contract killer since I was a boy. For years I savored the fear caused by my name, the trembling at the sight of my tattoos. The stars on my knees, the marks on my fingers, the dagger in my neck, all bespoke of danger. If you saw my eyes, it was the last vision you’d have. I have ever been the hunter, never the prey. With her, I am the mark and I am ready to lie down and let her capture me. Opening my small scarred heart to her brings out my enemies. I will carry out one last hit, but if they hurt her, I will bring the world down around their ears.Daisy I've been sheltered from the outside world all my life. Home-schooled and farm-raised, I’m so naive that my best friend calls me Pollyanna. I like to believe the best in people. Nikolai is part of this new life, and he’s terrifying to me. Not because his eyes are cold or my friend warns me away from him, but because he’s the only man that has ever seen the real me beneath the awkwardness. With him, my heart is at risk... and also, my life.

I was SO excited to read this book. I mean, it's a story about a hit man falling for a naive, inexperienced girl. I was imagining a kind of Jason Bourne story with a little bit of James Bond mixed in. Sadly, I was not at all into this romance and thought it was more creepy than romantic. Daisy has lived a completely sheltered life, having no freedom to actually live because her dad is terrified that her mother's killer will come after them next. She finally decides enough is enough and leaves home and finally faces the real world. Nikolai is a contract killer and shows no mercy to his victims. When he sees the innocent Daisy while on one of his hits, he can't help but watch her with desire. Soon, Nikolai finally gives in and inserts himself into Daisy's life. Daisy is not used to someone as hard-edged and serious as Nikolai, and while the whole relationship absolutely terrifies her, she can't hide the heat she feels when he's around…Ugh. That's what comes to mind when I think of this couple. I had some SERIOUS problems with them. First, Nikolai seemed like he was 40 years old when he was supposed to be in his early 20s. He was so flat and I did not at all care for him. He was just way to serious and I had a hard time picturing him in my head, so I couldn't get into Daisy's attraction for him. As for Daisy, her whole persona was the fact that she lived a sheltered life and is naive and inexperienced. This background, though, made her seem very juvenile to me and I wasn't a fan. Her super young personality did not mesh well with Nikolai's older personality and I just didn't really feel anything between them. While I thought that this book would at least have some really enticing suspense, that fell flat for me as well. The "action" parts of Nikolai killing his subjects didn't have enough action for me and the time line near the end when something important happens with the people of Nikolai's past didn't make sense and seemed to go by too fast. Overall, I wasn't impressed with the "hit man" aspect of this novel. While I had very high expectations for this book, I was severely disappointed. I did not like the main couple at all and their romance and heat fell very flat for me. There was just no spark and Nikolai came off more creepy than protective. Also, I needed more suspense and action to really get me into this story. In the end, I was not at all impressed with Last Hit, but I may pick up book two to see if I get what I wanted from this one.