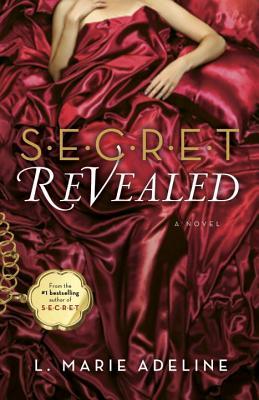 
The only thing that Cassie Robichaud has ever really wanted is Will Foret, the love of her life. But when Will discovers that Cassie is part of S.E.C.R.E.T., an underground group devoted to helping women experience their deepest sexual fantasies, Will breaks it off. Heartbroken, Cassie dries her tears and devotes herself to helping the latest S.E.C.R.E.T. recruit, Solange Faraday. Cassie also reignites her relationship with sexy bad-boy Jesse, even if he can never love her as deeply as Will did.

Meanwhile, beautiful, brilliant Solange, a local news anchor and divorced mom, has a great career but a wilting love life. She rekindles long-lost passions, going deeper and hotter than any other S.E.C.R.E.T. candidate before her. Will she find what her heart most desires? And when Will realizes he's made a tragic mistake, will Cassie be able to forgive him? In the end, as both women blossom as sexual beings, they also discover that ecstasy and true love are closer than they ever imagined.

SECRET Revealed is the explosive, sensual and sexually-charged finale to the bestselling S.E.C.R.E.T. trilogy.

Review: I have been a huge fan of L Marie Adeline ever since I picked up the first book in the S.E.C.R.E.T. series last year. She is able to create relatable and lovable characters and an enticing story that I can never seem to put down.
When Cassie finally has Will, the man she has fallen head over heels for, she couldn't be happier. But her world soon comes tumbling down when he learns of her involvement in S.E.C.R.E.T. Now, Cassie has to decide if she wants to keep her job working for Will while she rekindles her relationships with Jesse, one of the recruits she met during her time with S.E.C.R.E.T. Solange, on the other hand, is a local news anchor who just never has time for men with her son and thriving career, so she's more than shocked when S.E.C.R.E.T. wants to maker her their next, and last, recruit. Both women learn to open up themselves to their deepest desires again and look for what they really want out of their lives. I've absolutely loved Cassie's story and following her throughout all three books of this trilogy. And even though we get her story for three whole books, we also meet new characters and in this book, Solange is pretty awesome. I love how she's a single mother with a successful career, yet she's pretty insecure and uptight on the inside. Her time with S.E.C.R.E.T. shows her that it's okay to let go and put herself first every once in awhile. Of course, you can't have a S.E.C.R.E.T. book without a little drama, and you definitely have that with Cassie's relationships. While I really liked Jesse ever since we first met him, no one can trump her relationship with Will. But can she really fix their relationship when Will said those awful things to her after finding out she was part of the organization? Does Cassie even want a man back who views her that way? I guess you'll just have to read the book to see!S.E.C.R.E.T. Revealed was the perfect ending to one of my favorite series. With both old and new characters, the story is kept engaging and impossible not to become invested in. Solange is a fresh character who is unlike any of the women in the series, but we also get our beloved Cassie back for one final round. If you haven't started this series yet, I'd definitely recommend it! This series is about empowering women to explore their sensual sides and learn to feel beautiful and confident with who they are.

One lucky reader will win the entire SECRET trilogy by L Marie Adeline! Just fill out the rafflecopter below! ***US/Canada Only*** Ends 5/21

a Rafflecopter giveaway
Posted by Jessica (Peace Love Books) at 9:17 AM