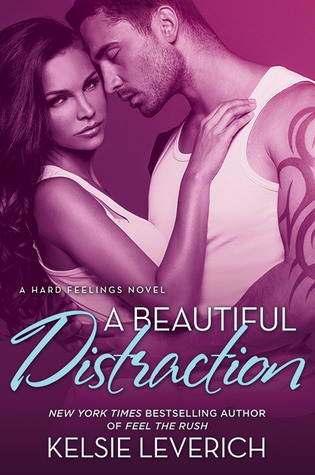 Summary: A brand new novel in the New York Times bestselling Hard Feelings series—where nothing’s more dangerous than a bad boy with a broken heart…
First Sergeant Rafe Murano did everything to the extreme. He trained harder, he fought harder, and, unfortunately, he loved harder. And falling for the wrong woman nearly destroyed him.Home from a deployment, and without his missions to consume him, Murano is ravaged by memories of his heartbreak. So he drinks until he’s numb and drowns himself in meaningless one-night stands. But they only take the edge off…Until he meets Fallon.Haunted by her past, Fallon Kelly knows all too well about the desperate desire for an escape. So when she sees the tatted-up bad boy who’s one punch away from a ride in the back of a squad car, she offers a distraction—one that quickly becomes an addiction.Little does she know, this bad boy can love so hard, it can break her…

Review: I haven't read the first two books of the Hard Feelings series, but when I read the synopsis of this one, I couldn't help myself from reading it right away. Rafe and Fallon sounded like two people who had trouble letting others in, but when they do they love them with all of their hearts.
After falling for the wrong woman, First Sergeant Rafe Morano is determined never to let a woman take his heart again; never getting attached means he can't get hurt. But when he sees a beautiful ballerina dancing on stage at an upscale club, he has to know who she is. Fallon Kelly is never distracted when she dances at the club she owns, but when she catches Rafe's intense gaze when she's performing, she can't get him out of her head. Used to being on her own after her parents kicked her out, Fallon hasn't realized she's ever needed someone to keep her steady. When Rafe and Fallon finally connect, though, they both fall deeper than they had ever thought possible…Wow, Fallon and Rafe are definitely two people who can love and love hard. Both of them have very rough pasts, so the people they care about are very important. While they banter and flirt with each other, they really end up caring about each other and would do anything to support the other, even if they'd only known each other for three days. Their connection was just so intense and I loved how Rafe wouldn't let Fallon push him away, no matter how hard she tried. As a main character, Fallon was so awesome. Not only was she very passionate about what she did, she was such a headstrong woman that took no crap from the men in her life. Even when Rafe was being mean when they first met because he didn't really trust her yet, she held her own and fired her own shots that made him respect her. A girl who can hold her own against such an intimidating bad boy like Rafe is definitely fun to read about. And even though he looked like a bad boy on the outside with his tattoos and all, Rafe was definitely a sweetie underneath as he really cared about Fallon and did everything he could to look out for her and make her feel safe and comfortable. Oh, and I loved how we got to see Rafe's family and Fallon's friends and really care about them too, instead of being stuck in the world of the two main characters. Rafe and Fallon had real lives and real people they cared about too, and those elements made the story that much better. In the end, I really loved Rafe and Fallon's story and how intense their relationship was. They couldn't deny their attraction to each other, but their relationship ended up going much deeper than just the physical factor. I definitely can't wait to pick up the first two books in this series. This one can be read as a stand alone, but I loved Kelsie Leverich's writing that I'm just dying for more! 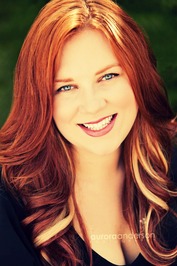 Kelsie Leverich lives with her husband, two children, and their three pets. She loves stories that can sweep you off your feet, make you fall in love, break your heart, and heal your soul.

One lucky reader will get to win a copy of A Beautiful Distraction by Kelsie Leverich! Just fill out the rafflecopter below! ***US Only*** Ends 5/5

a Rafflecopter giveaway
Posted by Jessica (Peace Love Books) at 9:00 AM