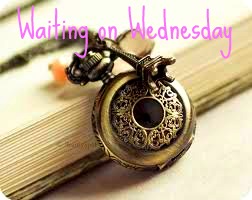 Summary: A lyrical and romantic reimaging of The Ugly Duckling for teens.

Emmeline Thistle has always had a mysterious bond with cows, beginning on the night of her birth, when the local bovines saved the infant cast aside to die in the forest. But Emmeline was unaware that this bond has also given her a magical ability to transform milk into chocolate, a very valuable gift in a kingdom where chocolate is more rare and more precious than gold or jewels. Then one day Owen Oak, a dairyman’s son, teaches Emmeline to churn milk into butter – and instead she creates a delicious chocolate confection that immediately makes her a target for every greedy, power-hungry person in the kingdom of Anglund. Only Owen loves Emmeline for who she truly is, not her magical skill. But is his love enough to save her from the danger all around her?

This book sounds so interesting! I love modern retellings of fairy tales and I don't think I've read an Ugly Duckling one yet. It sounds so magical and romantic, with Emmeline having a special power to turn milk into chocolate (um, yum!). Then Owen sounds super sweet by how he liked her before she got her powers. I have a feeling it's going to be a super cute read that I will love!