Blog Tour: Children of the Gods by Monica Millard

Children of the Gods
By Monica Millard
Release Date: December 24, 2011

Summary: For as long as seventeen-year-old Reka Cushing can remember, she has watched her friends and her neighbors be stolen, their bodies used as hosts for the Halorans; an alien race that has come to earth posing as gods. For just as long, Reka has lived in fear of drawing the eye of a Haloran, keeping her head down, hoping not to be caught in their sights.

The only time she has ever been bold, tried to get what she wanted, a god, one more powerful, more dangerous than all others is watching. ***Review Soon to Come*** 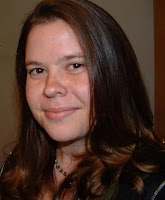 About the Author: Monica was born and raised in Alaska. She doesn’t own a dog sled team, but has worked in a place where there are buildings with caged exterior doors to keep employees from being eaten by polar bears.

She lives in Wasilla, Alaska with all her critters, some four legged and others that stand on two. She writes Science fiction, fantasy, and Paranormal for young adults.

Check out these links for more information on Monica and her novel Children of the Gods:
Monica's Blog
Monica's Twitter
Facebook
Amazon
Smashwords
Barnes and Noble

Posted by Jessica (Peace Love Books) at 9:59 AM