Book Review: On the Island by Tracy Garvis Graves 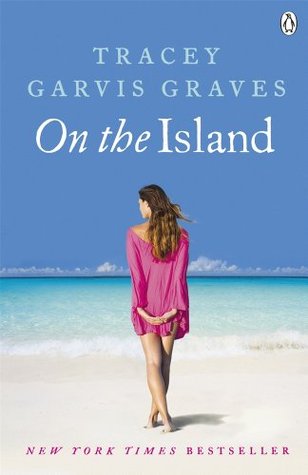 When thirty-year-old English teacher Anna Emerson is offered a job tutoring T.J. Callahan at his family's summer rental in the Maldives, she accepts without hesitation; a working vacation on a tropical island trumps the library any day.T.J. Callahan has no desire to leave town, not that anyone asked him. He's almost seventeen and if having cancer wasn't bad enough, now he has to spend his first summer in remission with his family - and a stack of overdue assignments -- instead of his friends. Anna and T.J. are en route to join T.J.'s family in the Maldives when the pilot of their seaplane suffers a fatal heart attack and crash-lands in the Indian Ocean. Adrift in shark-infested waters, their life jackets keep them afloat until they make it to the shore of an uninhabited island. Now Anna and T.J. just want to survive and they must work together to obtain water, food, fire, and shelter.Their basic needs might be met but as the days turn to weeks, and then months, the castaways encounter plenty of other obstacles, including violent tropical storms, the many dangers lurking in the sea, and the possibility that T.J.'s cancer could return. As T.J. celebrates yet another birthday on the island, Anna begins to wonder if the biggest challenge of all might be living with a boy who is gradually becoming a man.

My oh my, this book surprised me so much. With the age difference and the whole stranded-on-an-island premise, I was so skeptical going into this book. I FINALLY gave it a chance, though, and absolutely loved it. After having cancer during his sophomore year of high school, TJ Callahan needs to catch up before next year. When thirty-year-old Anna Emerson is offered a glorious vacation on a tropical island and the only thing she has to do is privately tutor a 16-year-old student, she can't say no. Instead of the fabulous summer she thought was ahead of her, though, Anna and TJ find themselves stranded on a deserted island. Anna and TJ work together to survive, but what started out as days turns into months and the two are starting to lose hope of ever returning home. As more time passes, the two survive insurmountable odds and Anna starts to notice how TJ isn't so much a boy anymore, but rather has become a man who will do anything to help them survive. Like I said, I was super skeptical going into this book. There is a 13 year age difference between our two main characters and I knew that there was a romance. To my surprise, this was such a slow burn romance and develops over a long period of time. On top of that, they both really do question if their age difference is okay and don't just ignore it. I was all in for their romance and loved when the two of were conflicted over their feelings for each other and started to notice each other romantically more and more. What I also really appreciated about this novel was how realistic the survival story was. These two went through EVERYTHING and it was a challenge just to survive what was thrown their way. I've read some survival stories that were boring or unrealistic, but this was neither. I was kept on the edge of my seat with what these guys faced and I actually believed everything they did to try to survive. But I think that because a large portion of this book was about them surviving, when they finally did start to develop feelings for each other, I was all in. Nothing like romance to lighten up a serious situation! If you can't tell, I absolutely adored this book and was all in for the romance. I think that this is perfect for any romance lover, and if you're skeptical about the age difference, don't worry at all! This book is so addicting and you'll find yourself flying through every page!